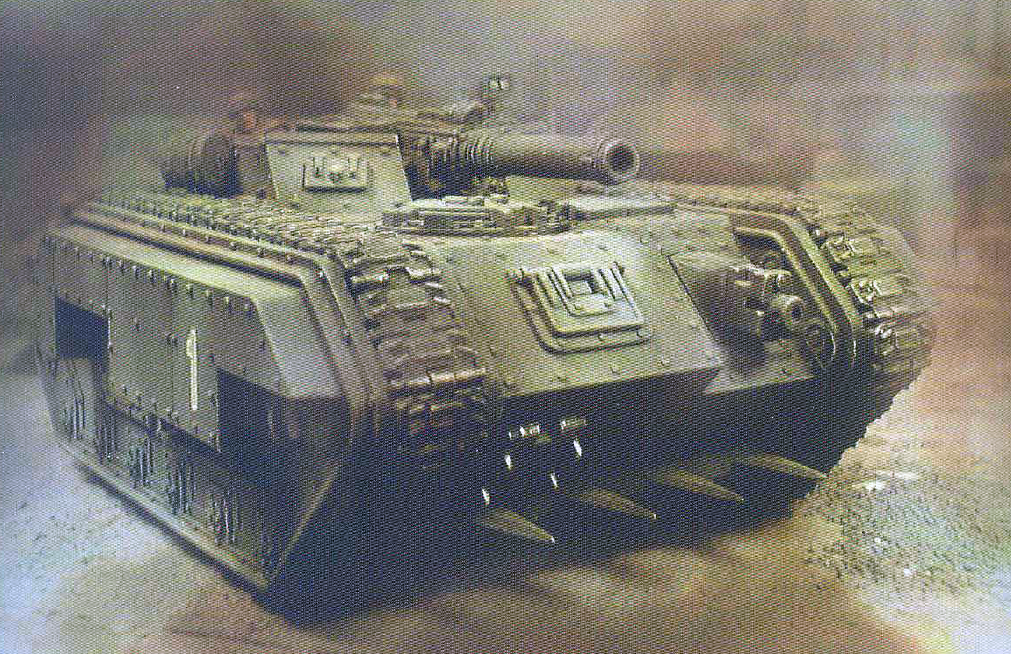 More forge world.  I like the options that Forge World adds and they have a ton for IG.  The issue is that most is at the very least an edition behind, with a large portion being two.  A lot of the points costs are a bit too high and reflect the durability of vehicles in 5th edition, that simply don't exist any more.  I like the Salamander and really want to use it.  I think it can be used, its slightly pricey, but not too much to hurt if you take a couple.

So what you get is a standard chimera chasis, with the salamander being opened topped.  It is a fast tank and has scout, so it has mobility that many guard units lack.  It comes standard with an auto cannon and heavy bolter.  You pay 55pts for this.  Not bad, but not great.  A Taurox is the same price, you get a TL auto cannon and can carry a full squad, it doesn't have scout and has one less AV on the front, but I think its hard to see if scout and an additional heavy bolter is enough to give the salamander the same price as a taurox.  Personally, 5-10pts less and it would be right.

You can take them in squadrons of 1-3, are an IG fast attack choice, and they can take upgrades, but don't see any being that useful.  HK missiles, pintle weapon, dozer blade are 10, extra armor 15.  Unfortunately the only one I would take is way too much, that being camo netting coming in at 20pts a pop.  If camo netting was cheaper, I would consider it, but here its just too expensive for what you get, especially with other ways to give it a good cover save (hello bullgryns).  For me keeping them stock will be fine.

A squadron of 3 is not a bad fast attack choice when compared to some of the others, hellhounds are much more expensive and you can pack two salamanders for the price of one hellhound, so it is something to consider there.  With three this will set you back 165pts, which isn't bad, and you get 6 autocannon shots and 9 heavy bolter shots on a mobile platform that can use scout to get good firing positions or out flank.

I would use them two ways.  Use scout to put them in a good forward position with good lanes of fire and engage, then fall back as the enemy closes with your army and cover your flanks.  If playing an aggressive and mobile IG army, use them as flankers to move around the sides.  Another way is to out flank into the rear fro line breaker and hit vehicles in the rear armor.  With AV 12 on the front, they are one of the more durable flanking options for IG and can hold on in the back field better than most, but they also are more of a threat than scout sentinels or tauros so will be more likely to receive dedicated attention.  They are cheap enough though that the loss of the squadron won't hinder you too bad, and if you get into cover they can survive a bit longer.

A squadron of 2-3 is what I would take, most likely 3.  Even though they are a bit over priced, some of their direct competitors cost more or lack their maneuverability.  I still think they can work well.  There is one other salamander variant, the command version.  It comes in 5pts more than the standard and has a heavy flamer instead of an autocannon, which it can swap for a heavy bolter for free.  In addition it has an auspex surveyor.  This allows it to target an enemy unit within 18" instead of shooting, and reduce their cover save by 1.  The command salamander cannot be part of a salamander squadron and instead is taken as an elites choice.  I did forget to mention that all salamander variants are amphibious, for whatever that is worth.

Not sure if the command tank is worth it, as orders can deal with cover already.  The other thing is you are paying a tax for either not shooting and using the auspex, or shooting and not using it.  Since it doesn't really have any other bonus for being a command tank, not sure if its worth the loss of firepower over a standard salamander.  Its an interesting option, but prob not worth it.