From Frank O’Hara’s MEDITATIONS IN AN EMERGENCY: However, I have never clogged myself with the praises of pastoral life, nor with nostalgia for an innocent past of perverted acts in pastures. No. One never need leave the confines of New York to get all the greenery one wishes – I can’t even enjoy a blade of grass unless I know there’s a subway handy, or a record store or some other sign that people do not totally regret life. It is more important to affirm the least sincere; the clouds get enough attention as it is and even they continue to pass. Do they know what they are missing? Uh huh.
My friends know I’m not one for nature; I love cities. It’s not a coincidence that great art is made in great cities. I know there’s a lot of great art being made now in the sticks, some by friends of mine, but would it exist if the artist hadn’t first spent time in a city? Would the artist be able to learn about art, get their work known, or make a living without cities? No. So great and vital cities are important for art and artists, and one of the things that makes a city great is its streets.
What precipitated this rant is all the recent stories about Lincoln Center’s 1.2 billion dollar renovation and Alice Tully Hall’s new street-friendly facade. I always believed Lincoln Center was a major city planning mistake. Performing arts buildings should never be sequestered into an isolated campus. The very idea of creating a performing arts center wastes precious resources -- it would be better if they were spread out into different areas that need night activity, like Wall Street. (This is basic Jane Jacobs). Look at all the good Carnegie Hall does for Midtown. To make matters worse, Lincoln Center isolated the buildings away from the street, killing any possible street life. The Upper West Side is a thriving, lively area except for those blocks blighted by Lincoln Center. 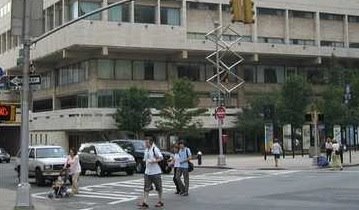 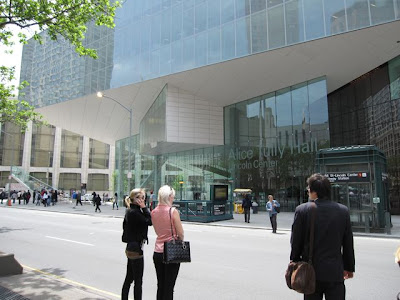 Tully Hall spent millions to overcome their awful street presence and the MOMA, on the other hand, put up a blank wall on 54th street. Jersey City is sadly challenged in this respect -- not the older parts which are rated as highly pedestrian friendly (see http://www.walkscore.com/). It’s the new buildings and streets along the Waterfront that are so bad. I don’t blame developers for this -- they have no interest in making nice for pedestrians. I blame the city who should be protecting the quality of life of their citizens, and who should know better. 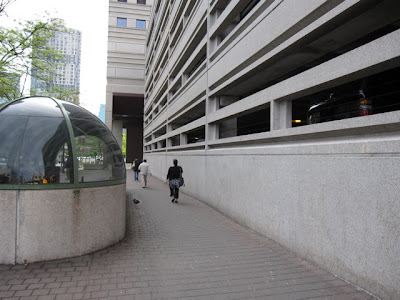 Here are some photos of the some of the worst offenders, and some examples of good street presence: In the 1980‘s this used to be called the Cali Building and now goes by the grandiose name International Financial Tower. It’s in a prime area right by the Grove PATH. This bunker is probably the worst building in the city, and a shameful example of uncongenial -- hostile really -- architecture. They only need a neon sign saying GO AWAY to make it worse. 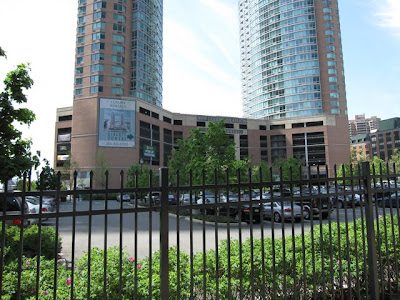 Liberty Towers, Exchange Place. The idea of a ‘tower in a park” went out with bell bottoms, but it’s experienced an unfortunate revival in Jersey City. Btw, the park is completely useless in this type of architecture; it’s just for looks.

Essex Street, Paulus Hook. The sign on the gate says: “Please close the gate behind you.” Only a two- story solid wall could have removed them more from the street (see MOMA, above).

Compare the welcoming street presence of this historic area of Paulus Hook with the new buildings above and below. 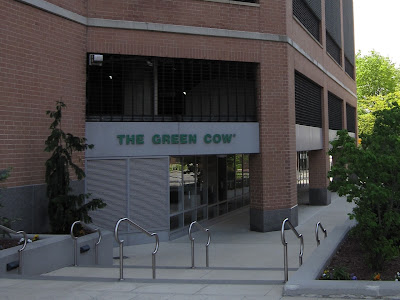 And the rare times retail is provided on the ground floor they contrive ways to separate it from the street, as if to say the stores are for our residents and the street is for riffraff. 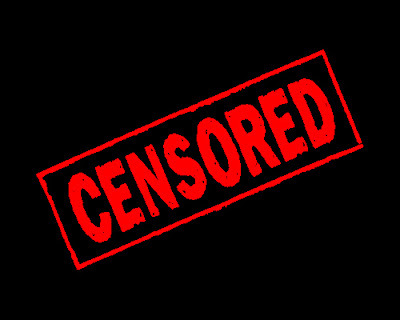 I almost got arrested taking pictures of the Mack-Cali complex in Exchange Place for this post. A guard stopped me, and when I naturally objected (a free country -- supposedly) he called 4 other burly security guards who called the cops (for backup?). THREE squad cars came including an undercover car. Fortunately they didn’t do anything but geez, have we gotten so fearful and paranoid because of one terrorist act (however horrific) that we’re ready to give up our civil rights? Come on! Isn’t this just what the terrorists want? Talk about hostile streets! Ironically, I wanted a picture of their parking structure on Washington and Columbus (Harborside Financial Center Plaza 4A ) as an example of pedestrian friendly architecture. That says something: one of the best new buildings in the city is a parking garage. Mack-Cali said they’d send me some photos. If they’re suitable I’ll post them.