By Manveen Maan
The journey to South America is a long, and somewhat painful one, especially if you’re slumming it in cattle class. At the very least you’ll be clocking around 24 hours in the air, with a couple more spent at a layover somewhere in the Middle East or Europe. But once you get there, the culinary smorgasbord makes the journey oh-so-worth it. 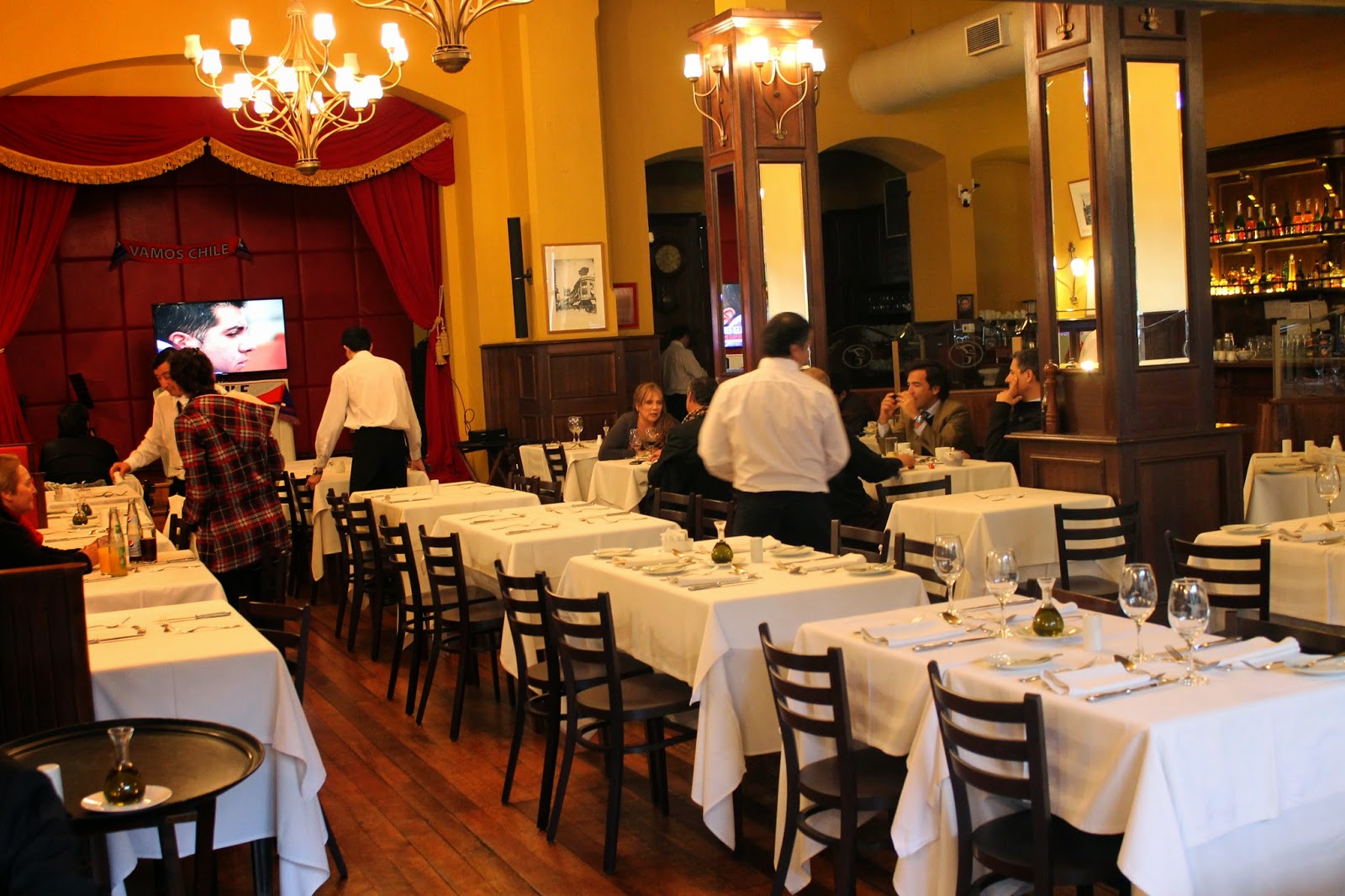 Cafe TorresMy first taste of the amazing flavours of the continent came in Chile, Santiago, at the famed Confiteria Las Torres (more popularly known as Café Torres) an institution in its own right. Having first opened its doors in 1879, Café Torres is Santiago’s oldest restaurant and sees a steady stream of regulars and newcomers, eager to try the restaurant’s famed delicacies while soaking up the historical ambience (at its Avenida Alameda location). Housed within a colonial building, the interiors are all hard wood panelling, and spiral staircases, plush red booths and starched tablecloths. The restaurant even pays homage to the former presidents of the land in a photograph-filled section of the sidewall. Nothing like a bit of patriotism to go with your meal. 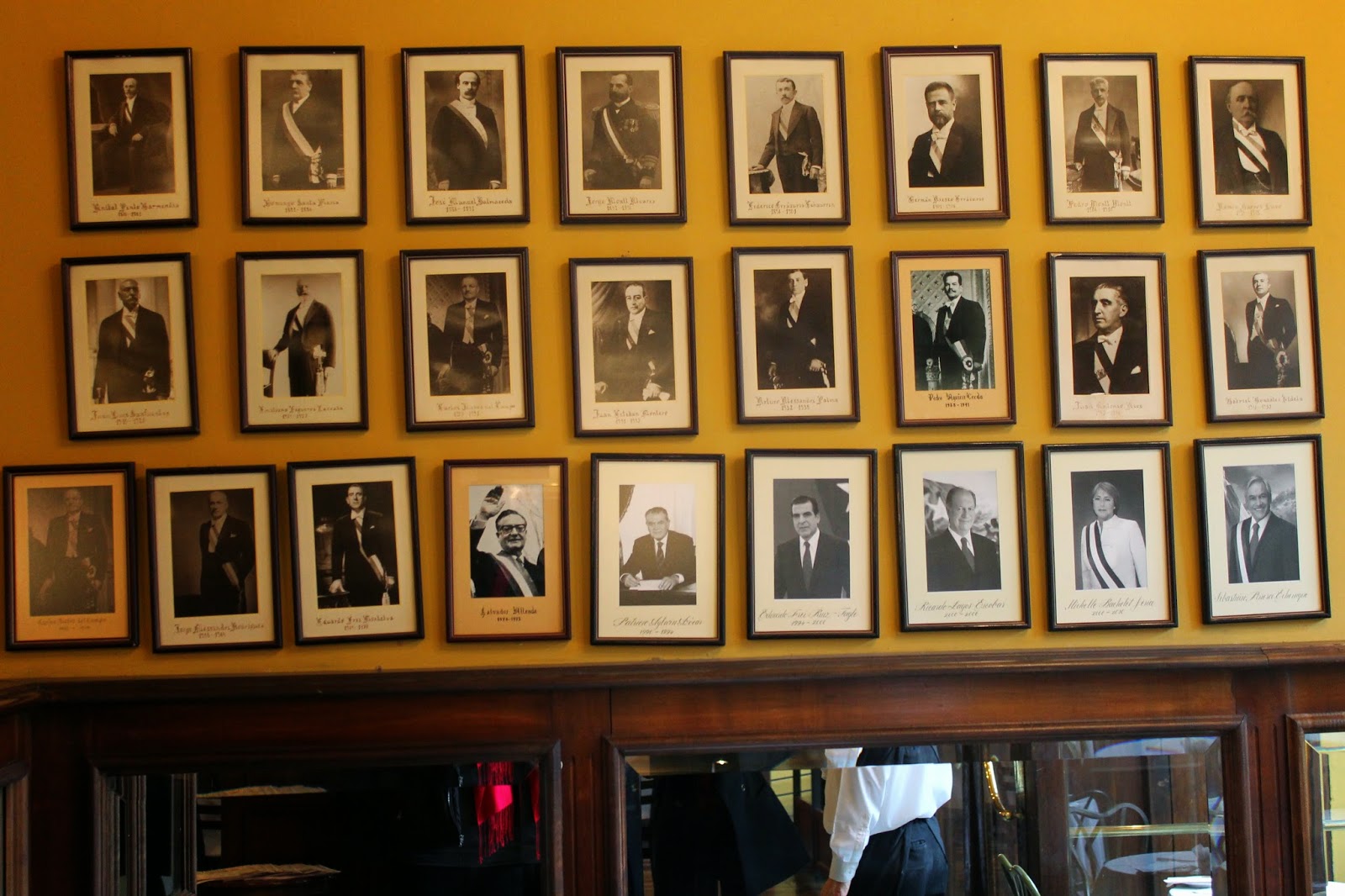 Presidents' wall
With its contemporary take on traditional recipes, Café Torres has gained many fans – and for good reason too. No dining experience would be complete without first sampling a taste of the famed Chilean Pisco sour drink, and we start our meal on an icy winter's day with just that. A delicious concoction of Chilean liqueur, lime juice, egg white and sugar, Café Torres’ version blitzed its competitors with its heady blend of sweet and sour flavours. Another version of the drink came in the form of a chocolatey, almost Kahlua-like form that I happily devoured in record time. 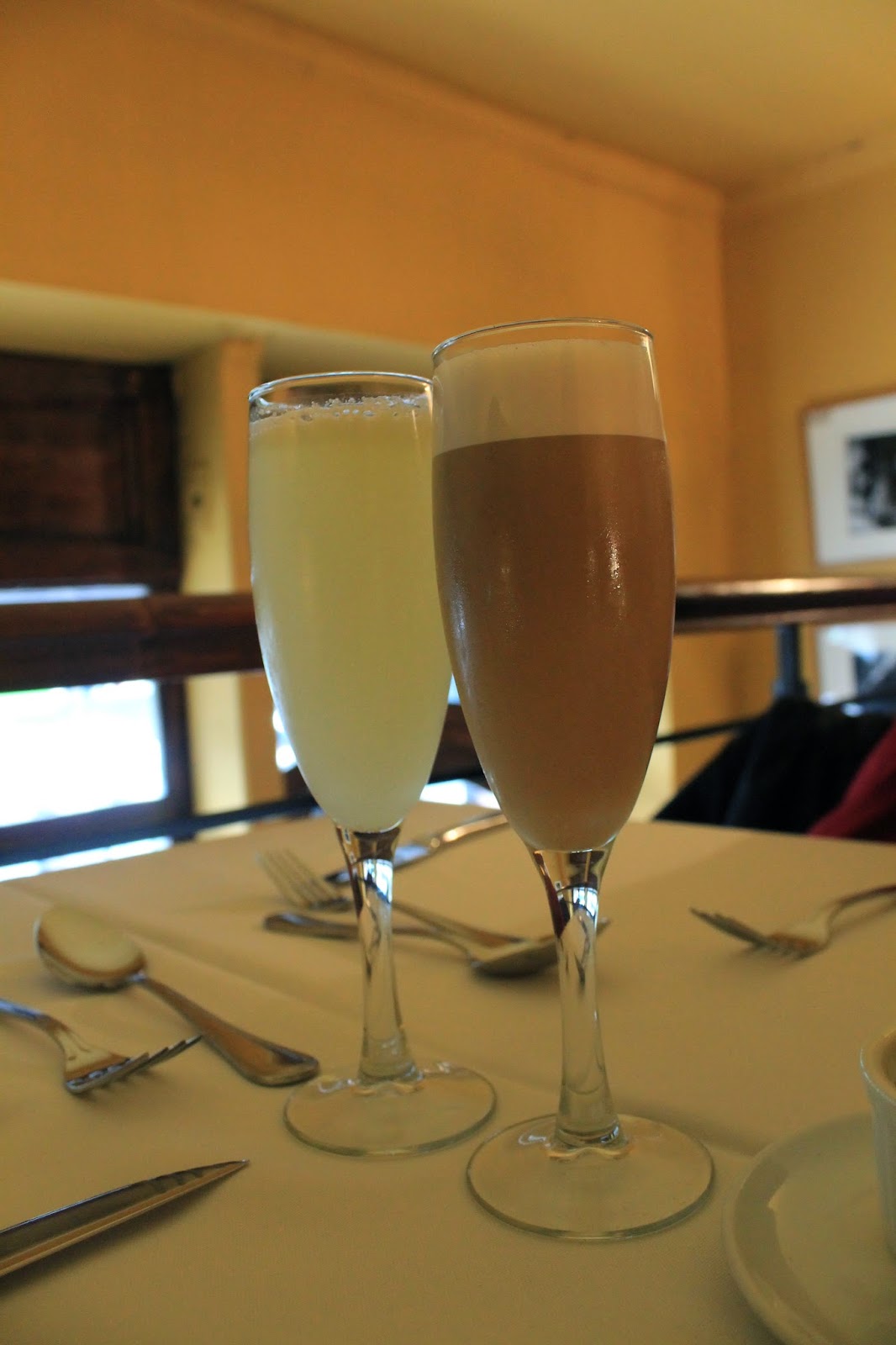 Pisco SourA staple at any Chilean meal is pebre, a type of spicy salsa unique to the country. Made from chopped tomatoes, onions, coriander, garlic and spicy peppers, this tantalizing dish is eaten with bread, interestingly enough. My love for pebre runs deep, so I shamelessly helped myself to a generous portion of Café Torres’ version, much to the amusement of my dining companions. 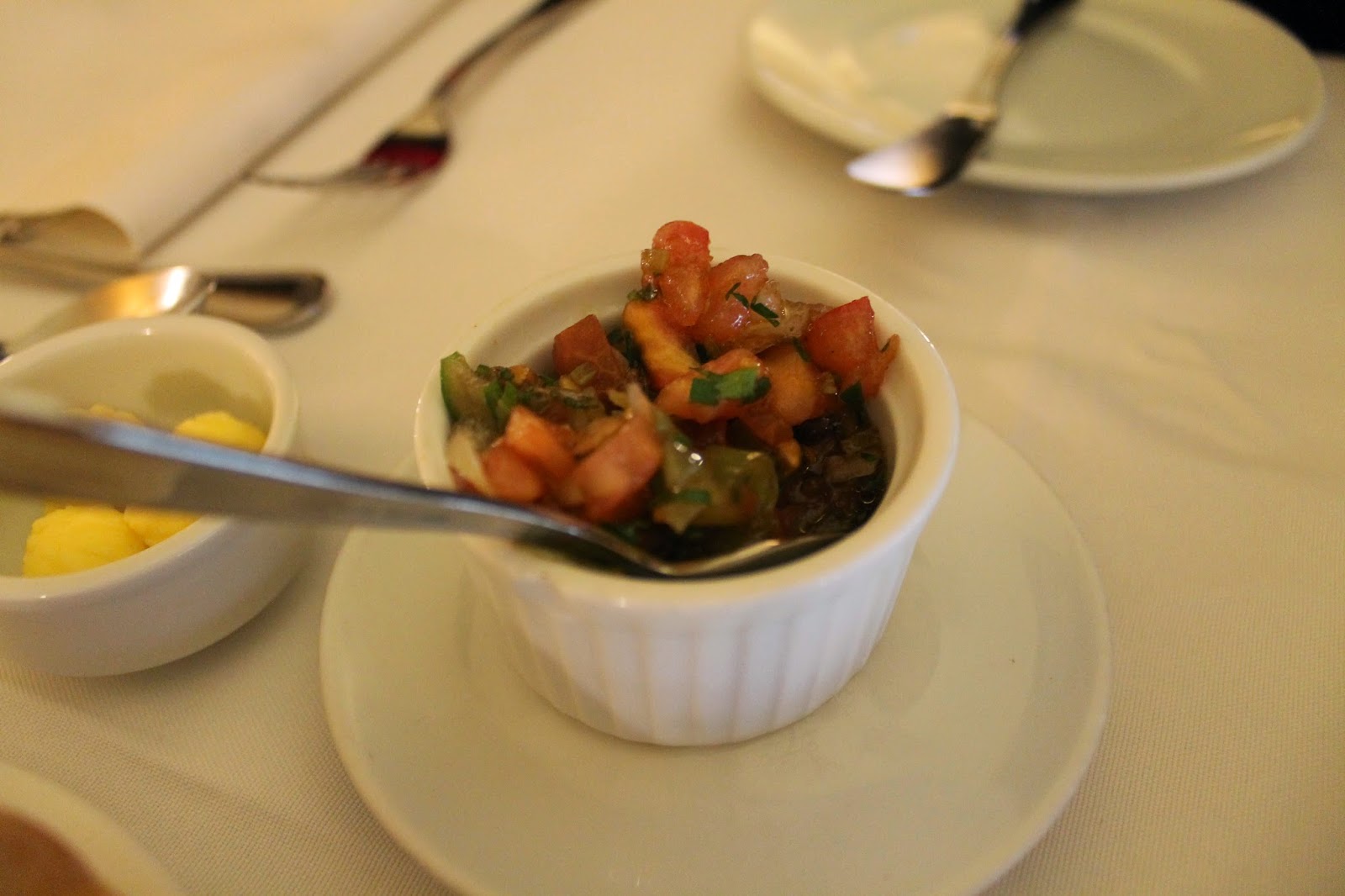 PebreLike the pisco sour crown, the battle for the best ceviche is a hotly contested one within the confines of this vast continent, and Chile is right up there with the best when it comes to serving up spectacular versions of this very popular dish. Café Torres combines salmon and white tuna chunks in a spicy, lime base to give this famed dish an exhilarating kick. The mix had a fresh, tangy feel to it, and I ended up gobbling down my portion in record time. In the ceviche stakes, it’s Chile 1 – Rest of the continent 0. 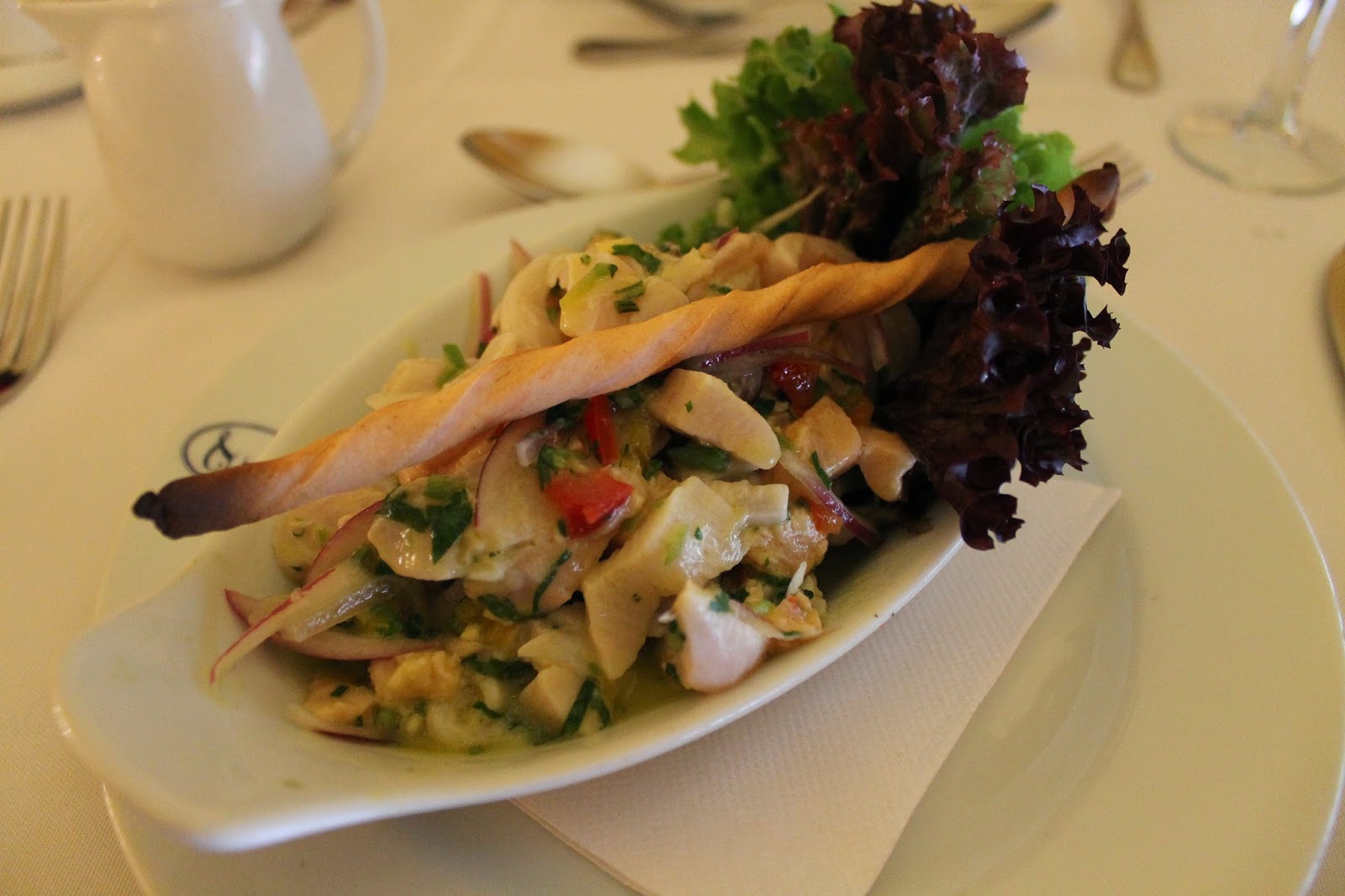 CevicheThe Chileans may not be as well known for their meat as their Argentinian counterparts but Cafe Torres doesn't disappoint with a respectable (and rather large) portion of beef, served with pastel de chuchoca, a traditional corn pastry. Fluffy and delightful, I found myself taking a particular liking towards this warm, savoury, souffle-like dish. 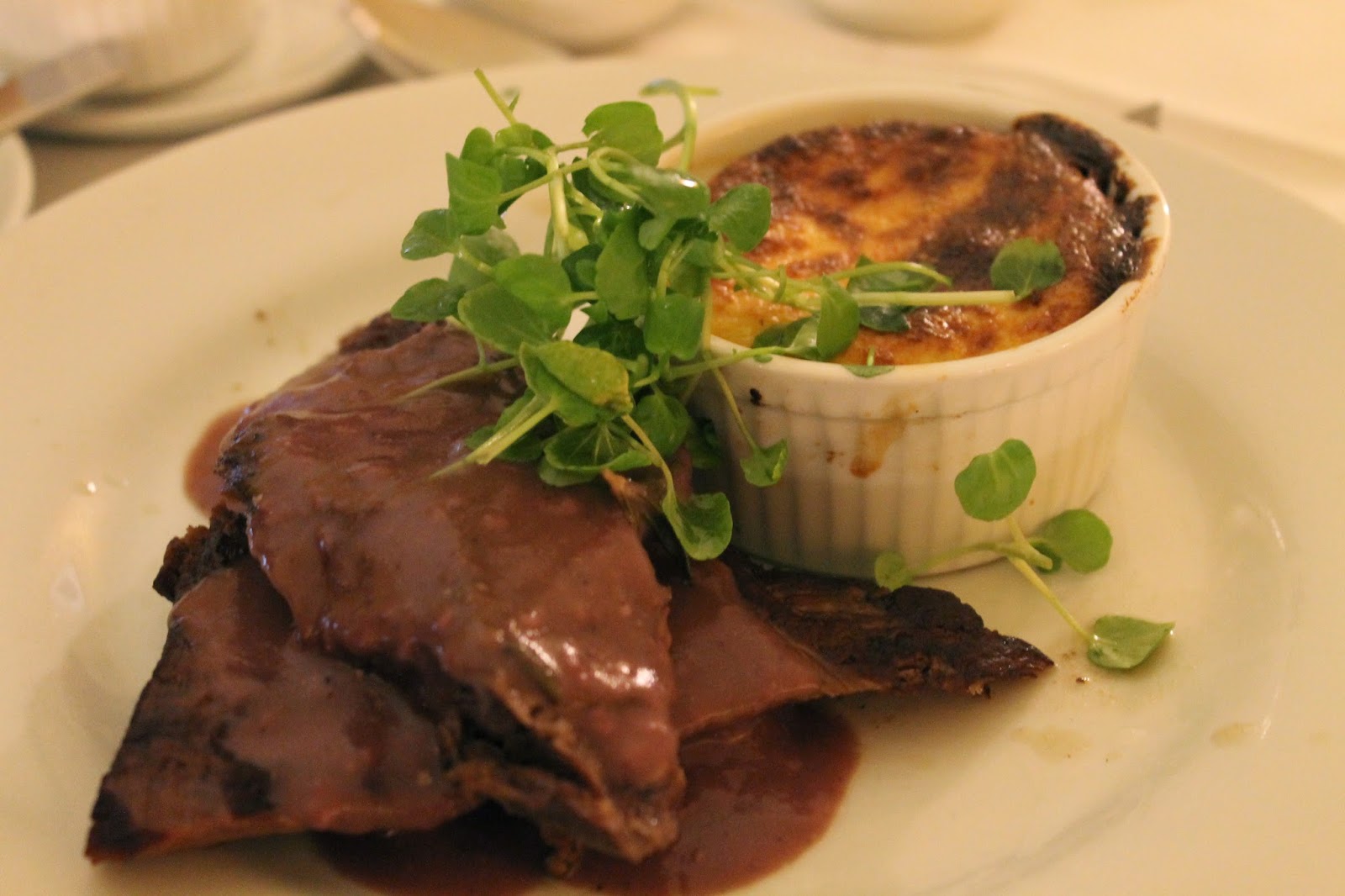 Beef with pastel de chuchocaSomehow we managed to find room for dessert and it was a definite highlight. A generous hunk of thick, creamy cheesecake made its way to our table, drizzled in a decadent chocolate sauce, and topped with strawberries. Portions were very generous, so it's best to share if you're not a huge eater. 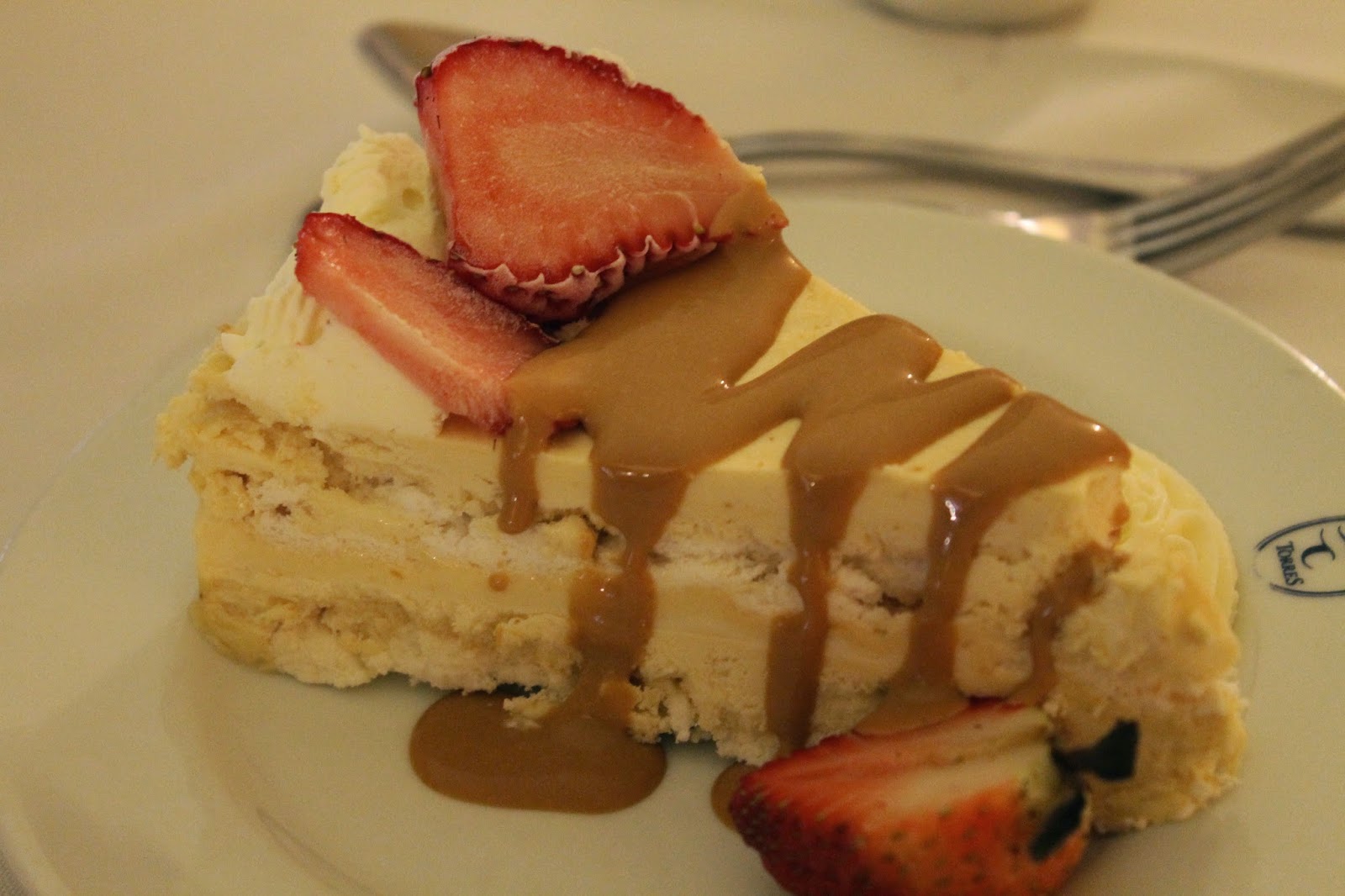 Cheesecake with strawberriesIt is the innate finesse that Café Torres possesses, that makes the simplest of dishes remain in your memory, long after the meal has ended. Needless to say, we left it feeling rounder, fuller and very content. I'd take a trip down this historical lane, any day.
Confiteria Las Torres (Cafe Torres)La Alameda 1570, Santiago, Región Metropolitana, Chile
confiteriatorres.cl