My fascination for maps is fully satisfied with this blog The Mapping London edited by both Oliver 'Ollie' O'Brien and James Cheshire both researchers at the UCL CASA (Centre for Advanced Spatial Analysis), London.
Take this Olympic Venues in London, a map created by Katherine Baxter (see also her website) and Steven Potter of LondonTown. The authors describe the point of departure of this map:

What makes the Olympics in London so different from any Olympics before is its use of the whole city throughout the Games. No spectators in central London will ever be more than 30 minutes away from an Olympic venue, with some of the capital's most iconic landmarks acting as a backdrop for the greatest show on earth. Most events will take place at the ground-breaking 2.5sq km Olympic Park in Stratford, a mere seven minutes away from the city centre by Olympic Javelin train. Other events will be scattered around in all directions at key venues a short journey from the center of town. 9.6 million tickets have been issued for the Olympics but the major ticket will be London itself, with the capital set to come alive throughout the summer.


Created at LondonTown.com
Geodemographics of Housing in Great Britain. A very interesting map in the style of Charles Booth's map, to paraphrase The Mapping London. This visualization is designed by Oliver O'Brien, one of the editors of The Mapping London. This map, Oliver O'Brien writes, illustrates the Index of Multiple Deprivation ranking deciles for London and the rest of England: 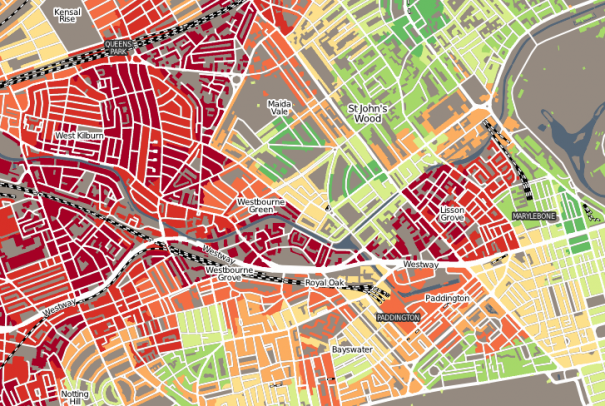 Geodemographics of Housing in Great Britain | The Mapping London ı 2012

The most deprived 10% of areas in coloured in dark red, the next 10% in lighter red, and so on. Instead of colouring as such. This stops parks and other uninhabited land from acquiring the colours of surrounding housing, although non-residential housing is unfortunately not excluded. This can be thought of as a primitive forma of dasymetic mapping. It is similar in concept to Charles Booth's Poverty Map of London from 1898-8, where he also coloured building areas based on the classification, although his map was at a much finer detail, being based on personal visits to the houses. The building outlines, along with roads, railways, water features and placenames, come from the Ordnance Survey's Vector Map District dataset, part of its Open Data suite.In this blog you can find other maps such as Typographic Tube Map, London: A Year in Maps, to only limit to two of them. 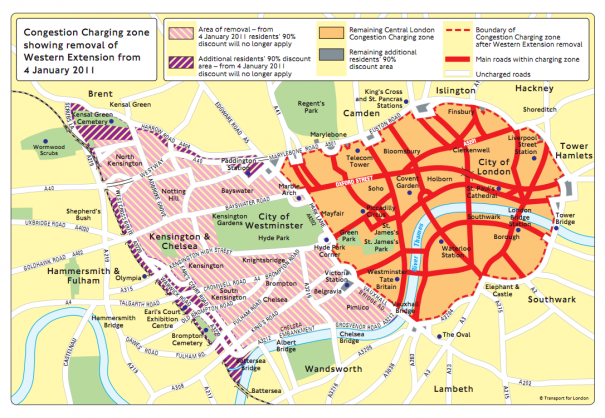 Congestion Charge Shrinkage | Transport for London ı 2011
> "The New Mayor of London removed the Congestion Charge's Western Extension (WEZ), shrinking the zone back to its original area east of Park Lane" | The Mapping London 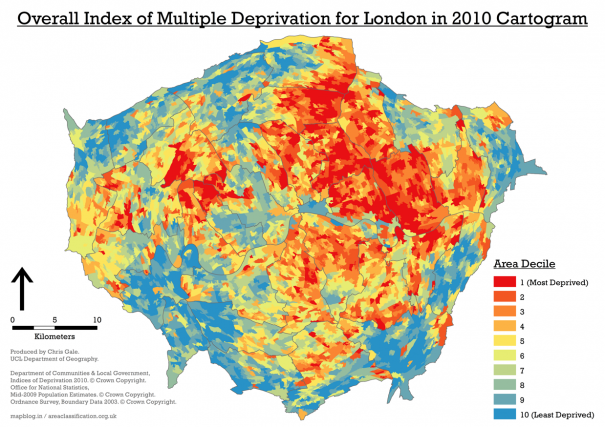 The Index of Multiple Deprivation 2010 | Chris Gale/UCL Geography
> Contains boundary data which is Crown Copyright and data from the Office for National Statistics (ONS) [The London Mapping, 2011] 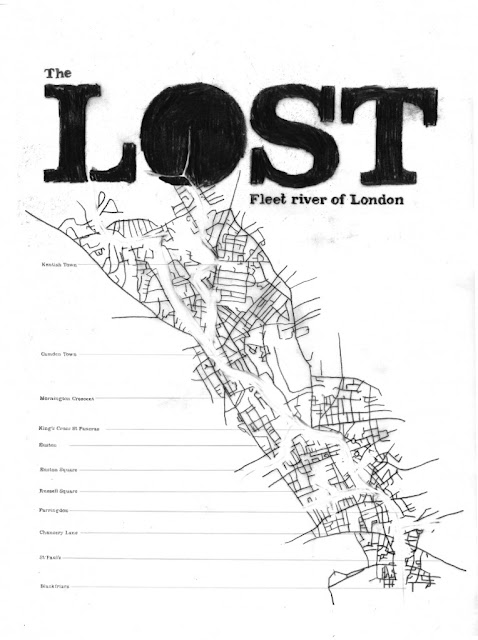 Source: The Mapping London.I also warmly recommend the reading of Eric Jaffe's article: The Coolest New Maps of London on The Atlantic Cities.