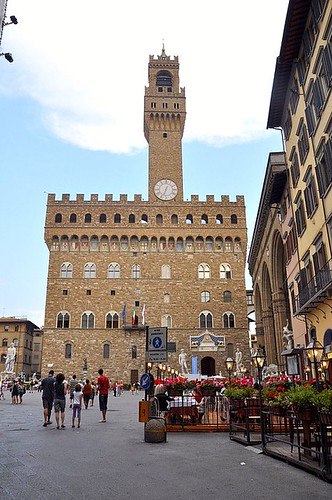 The Palazzo Vecchio, built in the 14th century, is the townhall of Florence. 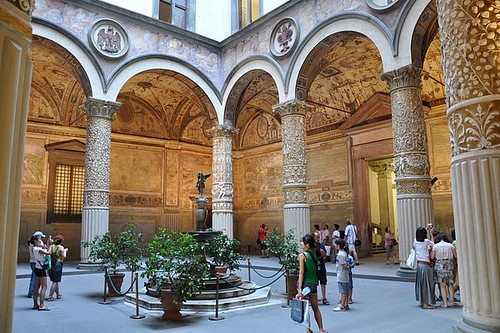 Inside the beautiful courtyard of the Palazzo Vecchio. The columns and walls are intricately carved and painted, amazingly beautiful. 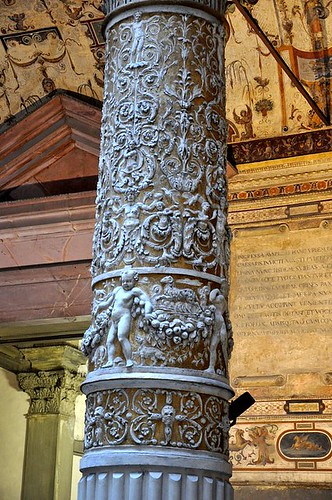 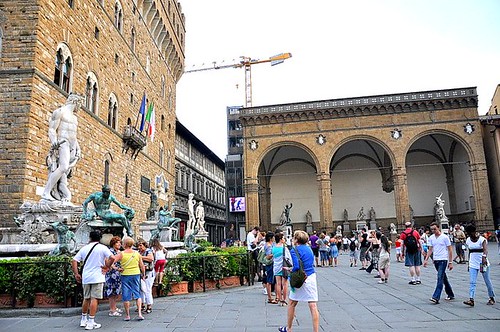 The Palazzo is on the left, the Uffizi is behind the building on the right and the whole square, Piazza della Signoria, is full of replicas of famous sculptures and statues: David by Michelangelo, Judith & Hollerfernes by Donatello, Cellini's Perseus With The Head of Medusa, Hercules & Cacus by Bandinelli, Rape Of The Sabine by Jean De Boulogne and the Marzocco, the lion of Florence. 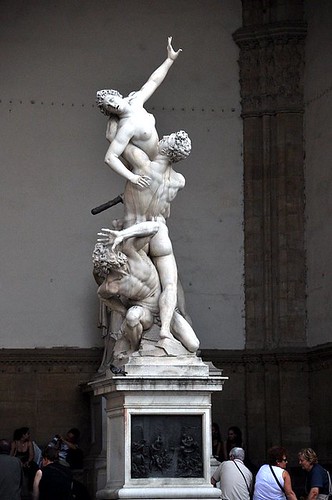 Rape of The Sabine 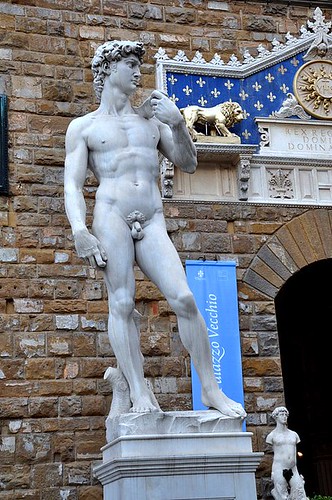 This replica of the original David by Michelangelo was placed on the left of the entrance into the Palazzo della Signoria in 1910. The original David stood at the same place from 1505 to 1873 after which it was moved to a safer place, The Accademia Gallery in Florence. Apparently, Michelangelo sculpted a David of 15 and he doesn't hold Goliath's head because this is him going to slain Goliath, thus the tensed look. 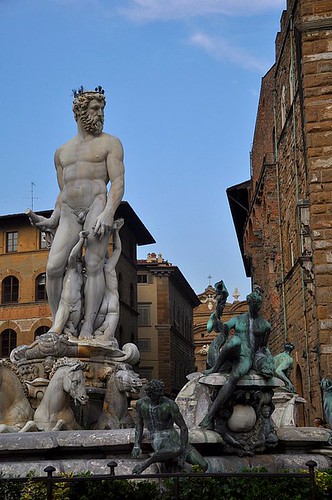 The Fountain of Neptune, Piazza della Signoria. Up close, I found Neptune's head to be rather disproportionately large for his body. 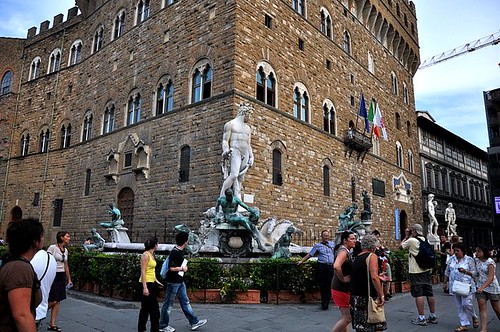 A plaque marks the spot near the fountain where  in 1497 a monk called Savonarola burnt many renaissance art that he felt was immoral ('Bonfire Of Vanities') and where a year later he was hung on a cross and burnt alive. Poor guy. 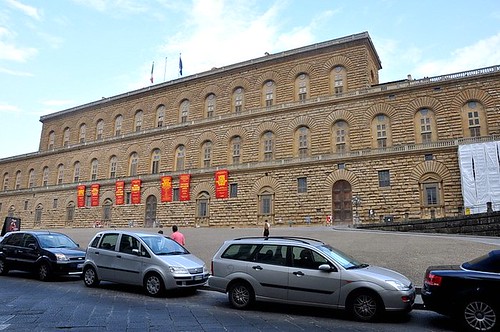 Pitti Palace is huge and the beautiful Boboli Gardens are behind it. People picnic in the gardens overlooking the city. Unfortunately, it was a Monday and the place was closed, as most places are in Europe on Mondays. 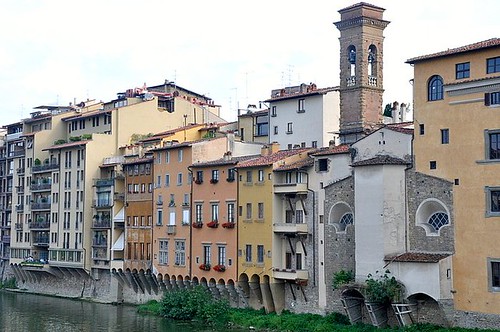 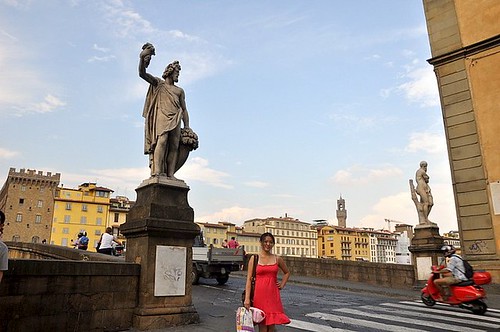 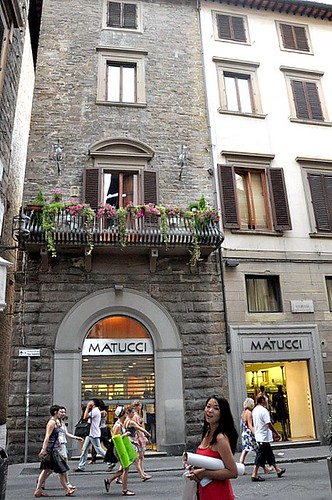 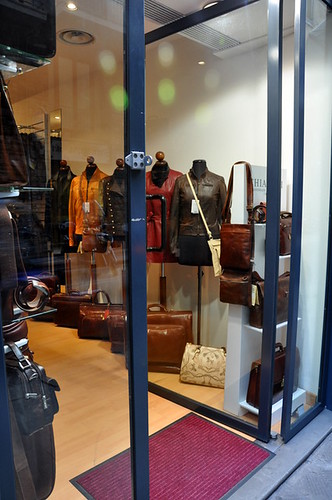 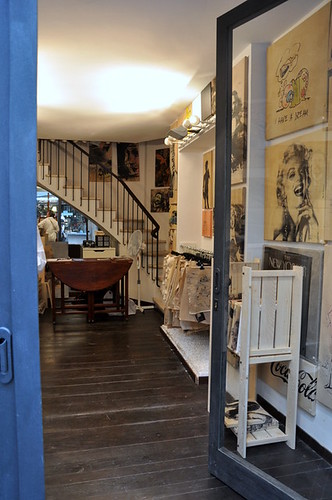 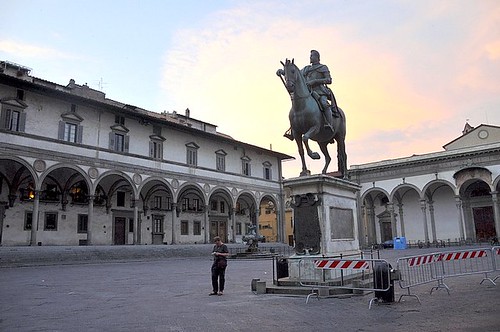 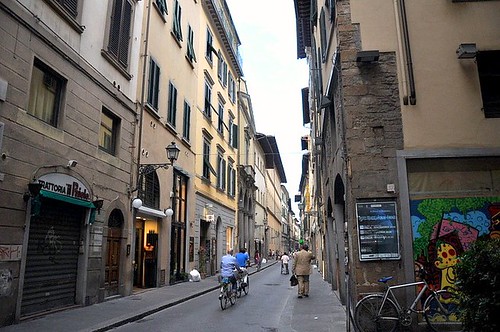 What I love about continental Europe is how people keep the environment green by riding bikes. China is like that too, probably has the most bikes in the world but it is increasingly becoming a car country as they grow richer.

Florence is very old and pleasant to discover by foot. I love how the Italian cities are kept nearly unchanged, with no tall or modern buildings to mar their medieval look. 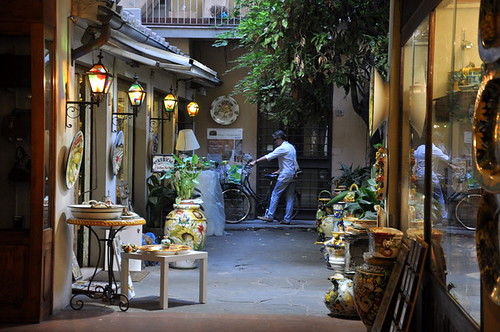 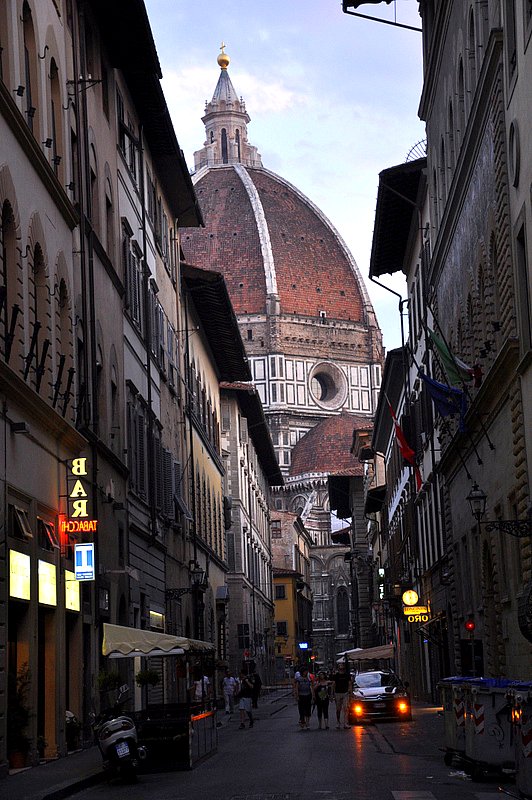 This is one of my favorite photos, taken around 8:30 pm as we walked around looking for a restaurant, the Duomo in the back, bars and restaurants in the foreground and a car giving extra light and color.