Guilty Landscapes ı Map Of Radioactive Disposal Sites In The U.S.A.

September is arriving quicker than expected I am already looking forward to a flush of fresh fall events and projects kicking off next month. A series of projects will be launched this September: guest-editing project,  call for submissions, studio visits of French young architects, interviews, among others. I will go back to these projects in few days.

At the Center for Land Use Interpretation, Los Angeles, an exhibition named Perpetual Architecture: Uranium Disposal Cells of America will be through September 30, 2012. Along with large glowing black and white LCD images of selection of uranium disposal cells in the southwest of America, this map that features Radioactive Disposal Sites in the United States of America. 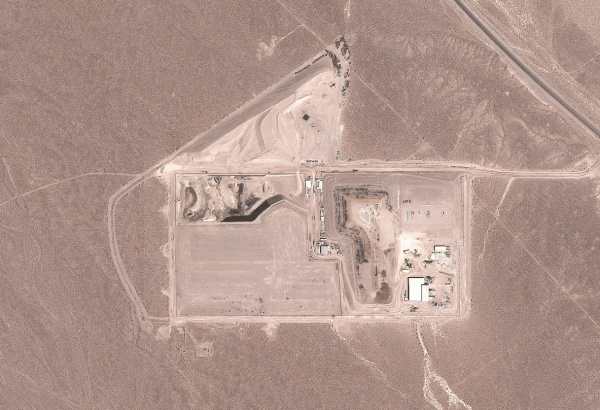 The Beatty radioactive disposal site, Nevada, was closed in 1992. It is located in NYE County in the Amargosa Desert.
It has been active from 1962 to 1992 receiving 4.3 million cubic feet of low-level waste.
The site contains low-level medical waste from hospitals and university laboratories and low-level waste from routine operations at nuclear power plants.
As CLUI points out, the Beatty site is still used as a non-radioactive hazardous waste disposal site.
If you are in Los Angeles in September, I highly recommend to see this exhibition.