Isn't this great for a light lunch? 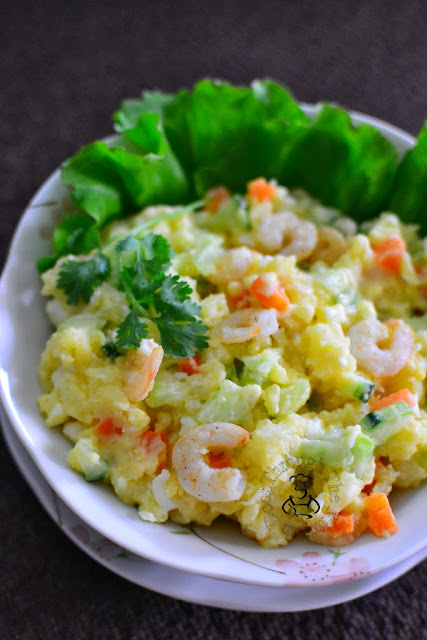 Method Peel potato skins and cut into half or quarters.  Put potatoes in a large pot and add water until it covers all the potatoes.  Boil the potatoes and cook until a skewer can goes through the potato smoothly. Drain the water from pot and put the potato back on the stove again.Mash the potatoes but leave some small chunks for texture. Sprinkle salt and transfer it into a big bowl and let it cool on the kitchen counter.
Meanwhile prepare to boiled egg. Remove the shell and mash the egg with a fork in a small bowl. Set aside.
Cut carrots into quarter (or half) and then slice it thinly. Put them in a microwave-safe container and cover it with water. Microwave for a few minutes until a skewer goes smoothly through the carrot (don’t overcook). Drain water and cool down.
Peel the cucumbers (leave some skin on to create stripe pattern) and cut into quarter. Then slice it thinly.
Add the cooked scrimps and veggies into the mashed potato bowl. Grind some pepper over and mix well.
Add mayonnaise and mix until incorporated.  Add boiled eggs and mix a bit but don’t over do it. Let it cool and keep in the fridge till you are ready to serve. 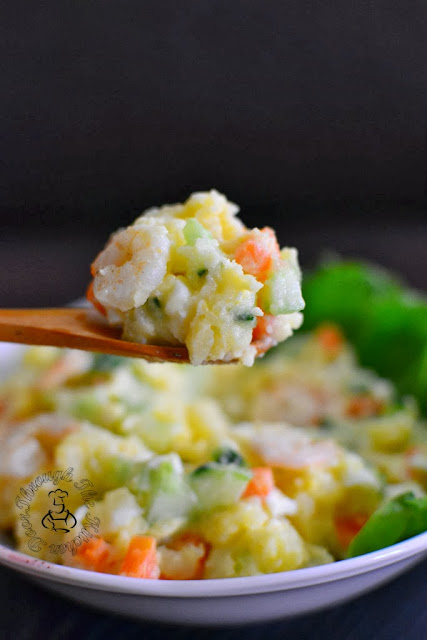 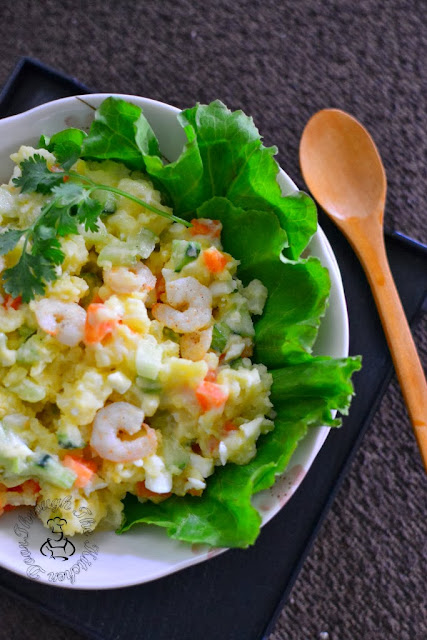 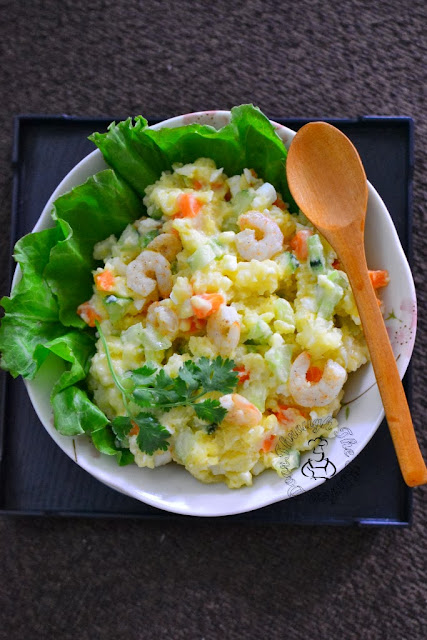 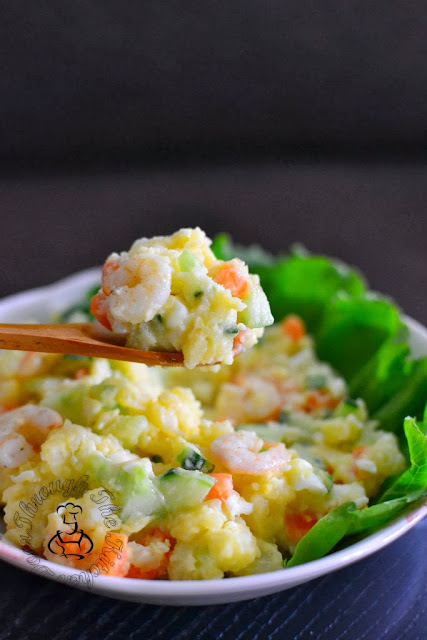 Make this in the morning and pack it to office for lunch if you want a
light meal. 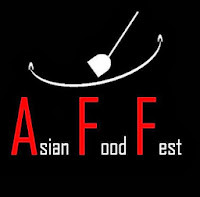 “I am submitting this post to Asian Food Fest #1 Oct 2013 : Japan), hosted by Alan from Travelling-foodies