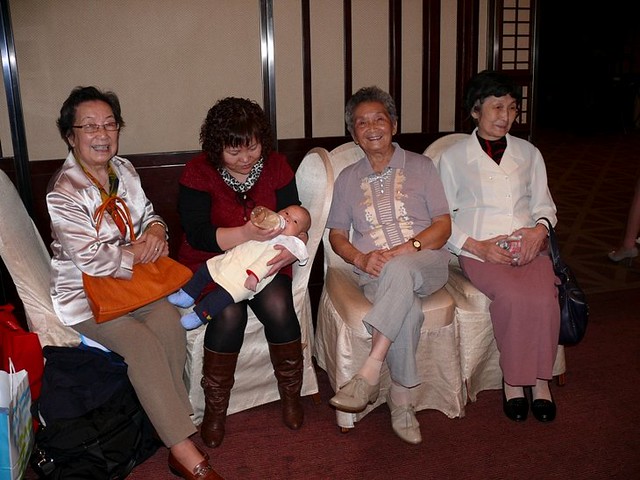 From left: Luke's great grandma, the nanny feeding Luke (who at over 6 kg is the biggest 6-weeks baby I've ever seen), great grandma's 93 year-old sister and a younger sister. The 93 year-old grandma's advice for a healthy body was to "eat until 70% full, never eat anything that's not worth eating and always be positive."

From birth, the only child in China is pampered by at least 6 people--the parents, the maternal grandparents and the paternal grandparents. Although an only-child has more attention and material things, when his parents grow old, he has to bear the burden of taking care of his parents (and maybe even grandparents) alone. On top of that, if his parents pass on, he is alone. However, only-children tend to gain much too. Other than the attention and never wanting for anything, they usually have better education and stand to inherit all from both sets of parents. Now don't you wish you are an only child.

The only-child policy is strictly enforced especially in the cities although these days, Chinese couples who are both only-child themselves and who have the financial status can have a second child. Because most young couples  are from second-generation only-child families, most of them do not want a big family and prefer not to have a second child because of the high costs of raising the 'spare' and also because young parents prefer to spend the savings on themselves.

Hub's cousin had her first grandchild a couple of months ago. Huiyi had delayed the full month celebration until we arrived in Shanghai. It is a Chinese custom to celebrate the birth of a baby 30 days later by having a big dinner for friends and relatives. The Full Month is celebrated on a very grand scale in China these days, not only because the baby is likely to be an only child but also because Chinese parents are so wealthy now. Just 25 years ago, Coca Cola was a big thing in China and LV or Ferrari was unknown. Now China has the second largest economy in the world and foreign currency reserves of USD2.4 trillion (Newsweek). The Chinese call this "The wind comes around". And typical of the US, now that they have gotten rid of Russia (remember how all the 007 movies were all about Russian bad guys?), the US has turned on China, blaming it for its own problems. What they should do is stop the spending (especially on wars) before  complaining about China's savings. It's like a man who spends all his wealth and when his money is gone, he blames his poverty on his neighbor who saved instead of spent.

Anyhow, back to baby Luke' Full Month celebration. In Shanghai and other big cities, parents throw money at professional photographers to photograph their newborn's every grimace and yawn. Luke's hair was shorn before 30 days and made into a paint brush, which "costs a lot" but I'm not sure what 'a lot' is in China these days. Luke's foot and hand prints were also cast in--get this--gold. My babies had their foot and hand prints in black ink.

This is what we ate at the Full Month dinner in a major hotel. Most of the dishes were Cantonese instead of Shanghainese, for a change, but both Hub and I felt that they should've stuck to Shanghainese because that's what they do best. First, 8 cold dishes: 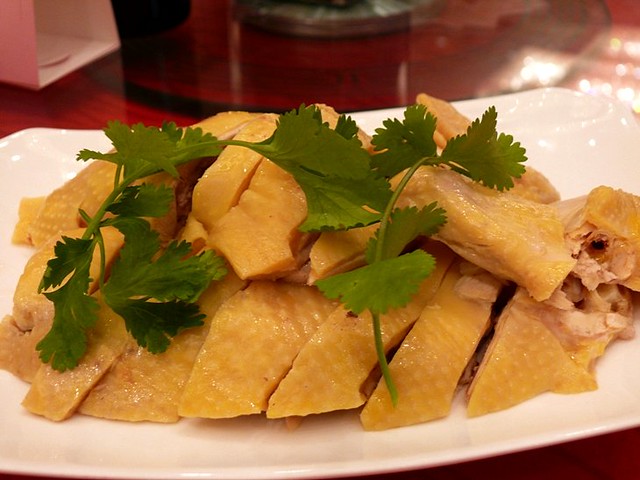 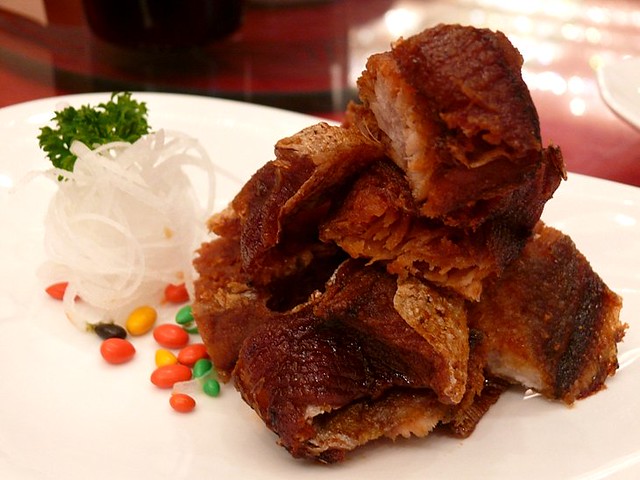 Sween yu, deep fried fish marinaded in spices. My MIL's sween yu is better than this. 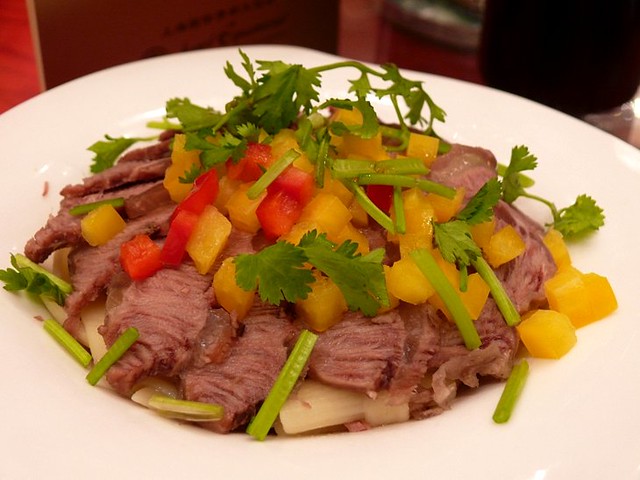 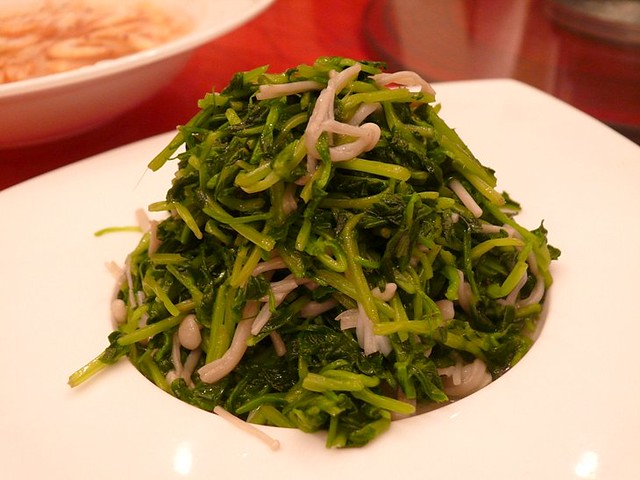 A salad of Shanghainese veg with mushrooms 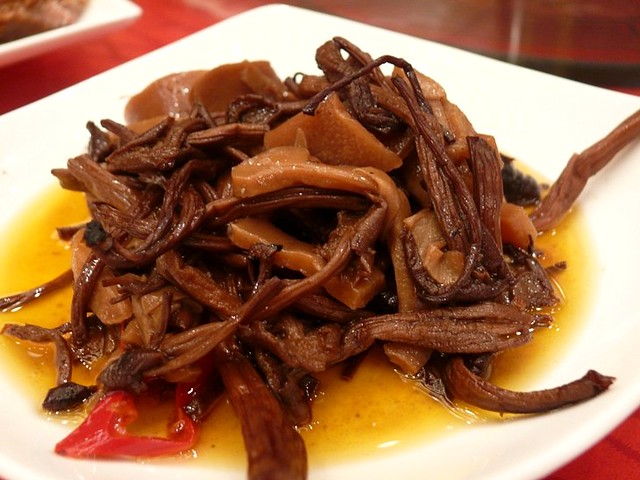 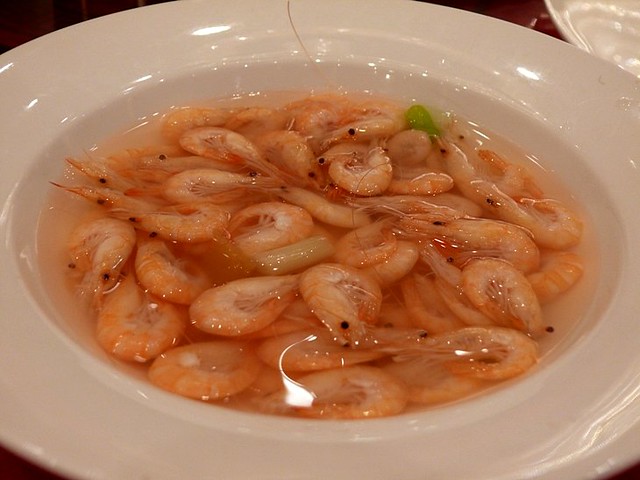 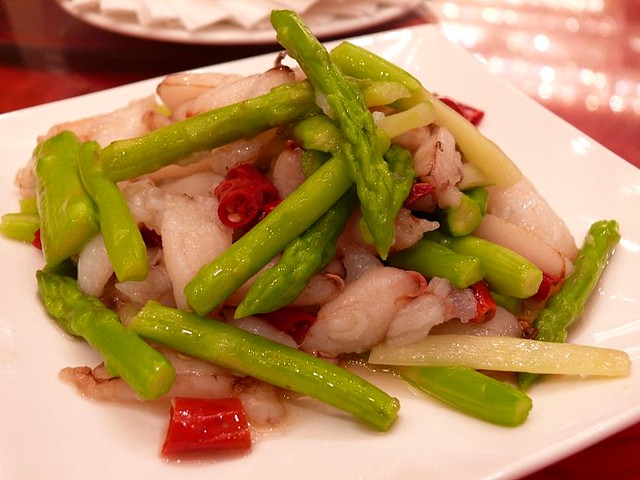 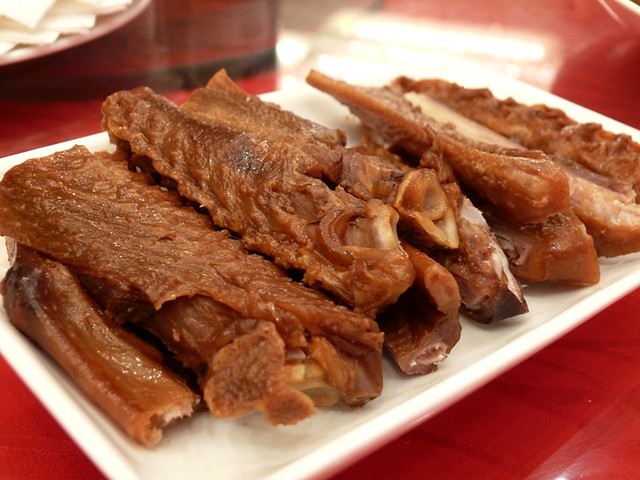 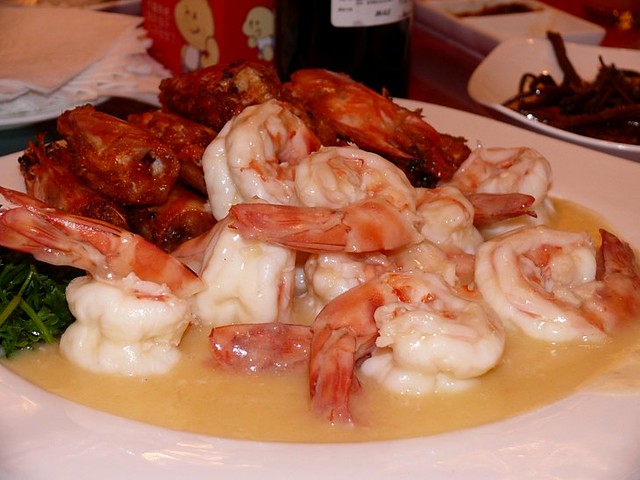 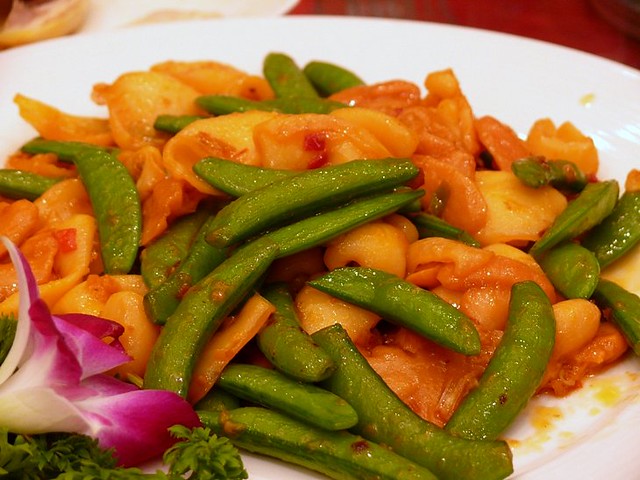 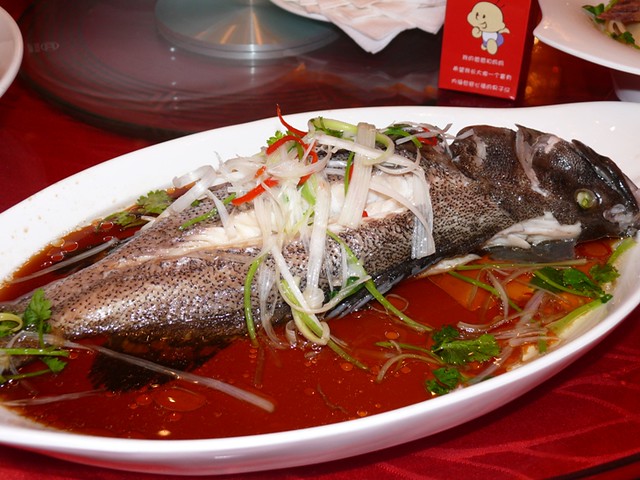 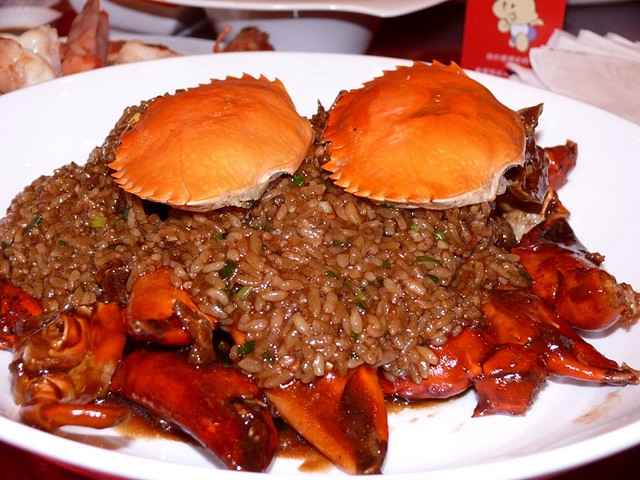 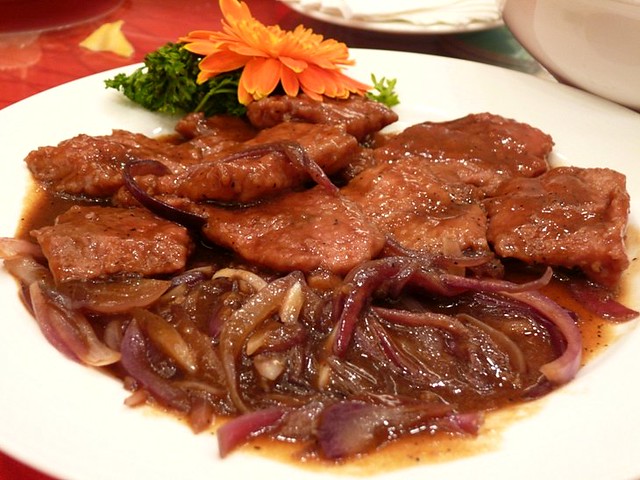 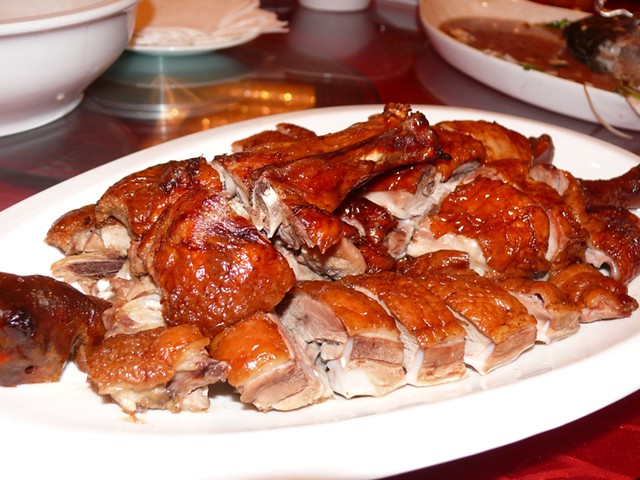 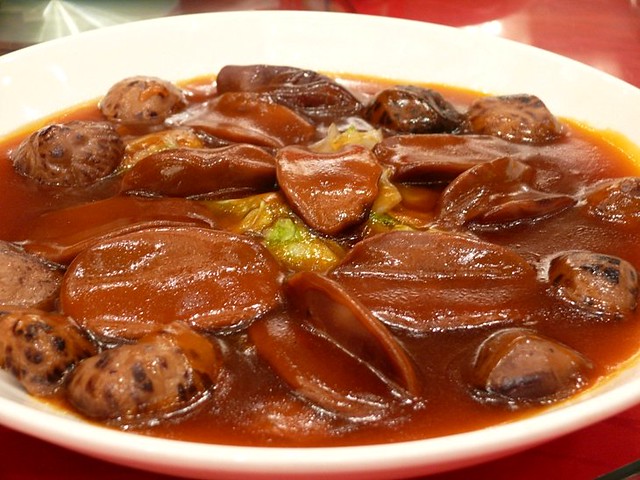 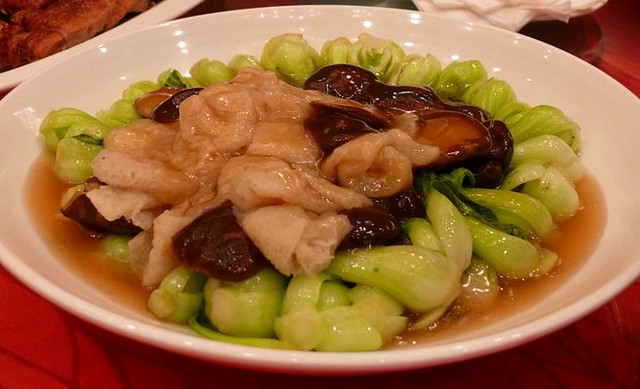 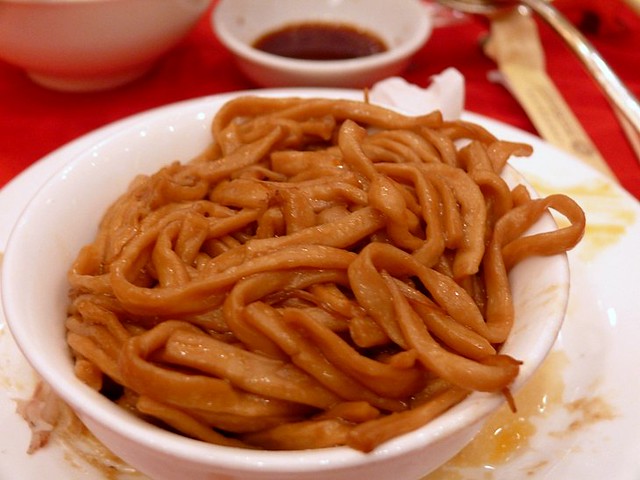 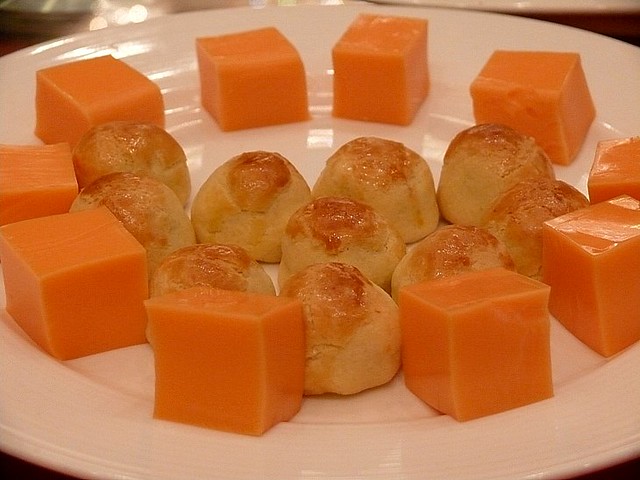 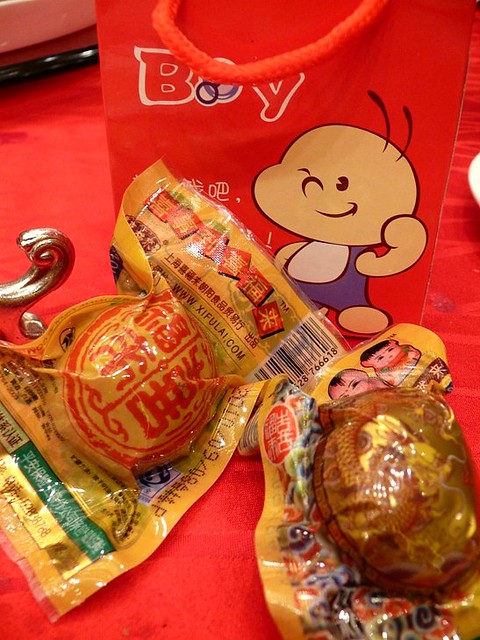 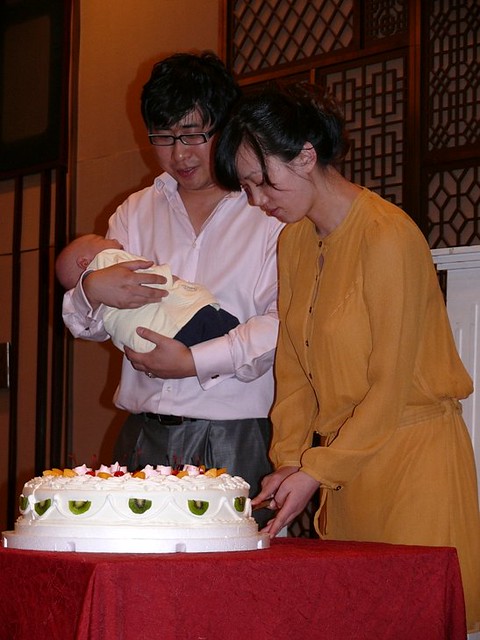 The young parents and baby Luke (named after Luke Skywalker, not the apostle).