Martyrs Of Man: A History Of Krieg 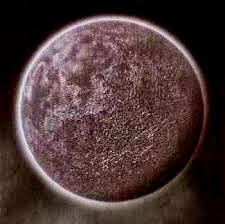 Time for some fluffy fun.  Its been a long while since I have done one of these, and hopefully will be able to continue doing more of these.  I enjoy them and its a lot of fun to write.  Up for today is the history of Krieg and its Death Korps.  Lets get Grimdark!


Krieg, infamous among the Imperium, hailed for its bravery, slandered for its dark secrets.  It is a man made death world, created in its bloody civil war millenia past.  Located in Segmentum Tempestus, much of its long history has been lost, colonised at some point after the great crusade.  It was a rich world, with great Manufactorums and providing much in Tithes to the Imperium of Man.

It was ruled by a council of Autocrats, each rule one of the many hives of Krieg.  Grown fat off of their wealth and rule, they became increasingly indulgent and paranoid, building armies to ward each other off.  The Heresy took place in 433.M40, with the High Autocrat whose name has been forever purged, leading the rebellion and denoucning his fealty to the God Emperor.  Kreig was immediately drowned in civil war, with the pious standing against this foul heresy.

Standing almost alone against the heretical tide was Hive Ferrograd, taken control by Colonel Jurten of 83rd Krieg Imperial Guard Regiment.  The heretics were able to take control of the planetary defences first and quickly isolated the desperate loyalists.  Over the centuries, Krieg had been increasingly fortified both in orbit and on the planet itself.  A massive fleet would be required to break the defences, of which none would be coming due to the cowardice of the Segmentum Command.  On their own, Colonel Jurten looked to the grim task of destroying his home world.

With the assistance of loyal Mechanicus forces, Colonel Jurten accessed an anceint Mechanicum vault below the hive, within were terrible ancient weapons.  Surrounded and besieged, The 83rd launched their genocidal attack on their now heretical brothers, sending atomic weapons and other terrible artifacts against them.  Billions were heroically slaughtered in holy fire.  The loyalists had a fighting chance now.

From Hive Ferrograd, Colonel Jurten led the offensive against his world, driving back the heretical filth.  The now radioctive wasteland that was their world was turned into and endless seige and trench war.  Colonel Jurten was never able to see retribution fully brought against the heretics, for the war lasted over five centuries before the Purge was complete.  During these centuries, the iron determination and skill at siege warfare the the Death Korps of Krieg are known for now was forged, even their fearsome name comes from this time.

Every citizen of krieg is indoctrinated into their way of war, the weak are expunged, unfit to serve the Emperor.  Their faith is made strong, as is their bodies during their youth, forced to learn to survive and fight in the radioactive wastes of their world.

To the surprise of the Departmento Munitorum, upon completion of the purge of their world, instead of a devastated world with little to offer the Imperium, over 20 regiments demanded deployment to the most hostile warzones in the Imperium.  Taken aback at first by their zeal, the Departmento Munitorum soon accepted their demands and sent these regiments out to fight the Imperiums wars.  Their skill was soon proven, breaking endless seiges and fighting in the most hostile environments as other regiments fight on normal worlds.

Seeing their effectiveness, Krieg's tithe grade was changed and was turned into a world whose only purpose was providing as many Imperial Gaurd regiments as possible.  Their are many that question how a world having recently gone through such a brutal civil war could provide such numbers, but the Imperium cares not as their skill at war has proven their worth beyond questioning less than ideal birthing practices.

Kreig is known for its unique take on the Imperial Creed, with the Cult of Sacrifice being the way they worship the Holy Emperor.  Every citizen of Krieg sees it as their Holy Duty to fight in the Emeror's wars and ultimately die for him.  This is in penance for the crimes committed by their anncestors.  This is reflected in how they fight and their dermination to fight in the most hostile warzones.

Casualties mean nothing the Death Corps of Krieg, for death in the Emperor's service is the highest they can achieve.  They have adopted a way of war that exemplifies seige warfare and a relentless mentality.  They excel at grinding attrition, beating their enemies down through endless artillery fire and infantry assaults.  They bring heavy artillery and infantry, using trenches to close with the enemy lines, relentlessly advancing forward.  Their ability has seen them take fortress's and grind worlds to dust that no other Imperial Guard regiment could.

The Death Korps of Krieg have been involved in some of the most infamous seiges in Imperial History.  Most notable was the siege of Vraks, where the Apostate Cardinal Astra Xaphan had declared his independence form the Imperium and his fealty to the Dark Gods.  The Death Korps 88th Siege army waged a 17 year war before finally cleansing Vraks of its taint.

On Deronidas, the Hive world witheld its tithes.  Regiments of Krieg deployed with a Deparmento Munitorm investigation force to ascertain the reason for the tithes being withheld.  When the Imperial Officials were slain by the heretics, the Krieg regiments redeployed in the mountains surrounding the primary Hive and began shelling it.  The seige would last for 10 years, 2 years after all life had ceased to be seen, and 5 after the hive's unconditional surrender.

An unique aspect of Death Korps regiments is how they interact with assigned Commissars.  Due to their zeal, Commissars rarely have to enact discipline amongst their gaurdsmen.  Instead of enforcing discipline, Commissars are often force to reign in the Death Korps zeal, preventing them from martyring themselves as the are oft to do.  They also act as advisors to their commanders, keeping them in mind of the overall goal of the campaign, rather than sacrifing their soldiers for trivial gains.  The Death Korps zeal and uncompromising nature leads to friction between other guard regiments and it is often left to the Commisar to act as liason to keep the different regiments working together efficiently.

The Death Korps of Krieg is at the forefront of the most violent conflicts, fighting in the most hostile warzones.  It is through their martyrdom and worlds of the Imperium are kept free from Xenos invasion and Chaos taint.  And should any waver in their loyalty, the Death Korps stands ready to enact just retribution on those worlds.