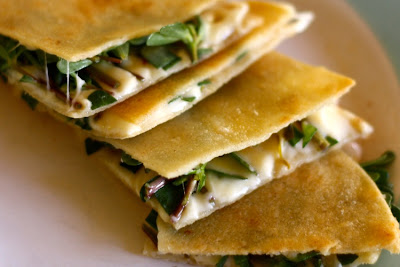 If you have ever ogled someone’s jade plant, and imagined yanking off one of those succulently fleshy leaves and popping it in your mouth—have I got a weed wild edible for you! It’s purslane, and it may well be growing in your garden, yard, or sidewalk cracks. If you think it might be, just do a Google image search to check—it’s pretty distinctive looking. I have a lovely patch that recurs by our back steps, and the children call purslane “Chapter 1” in the Crazy Shit Our Mother Ate memoir they’re plotting. 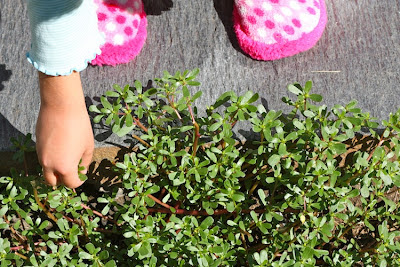 I must add here that the person who taught me to eat purslane in the first place was my own mother. So maybe Volume II can be Crazy Shit Our Grandma Ate.Pretty much every morning in the months of July and August, I dart out the back door to pick a handful for my breakfast quesadilla, and I love it. It’s crunchy and lemony and slippery, like a cross between okra and sorrel and the way you think it would be to bite into one of those juicy-looking seaweed pods you see washed up on the shore. (“Chapter 2” of the kids’ book is Seaweed, which I am always surreptitiously nibbling at the beach—especially those chartreuse ruffles that look like how you would draw lettuce if you were tripping.) 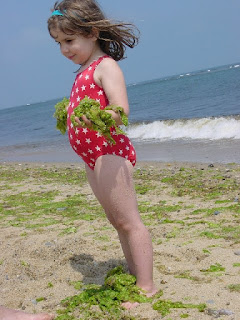 Birdy with lettuce seaweed, circa 2007. Picture courtesy of Uncle Barbara, aka Michael's lovely step-mother.I just asked Birdy to describe purslane, and the adjectives she picked were slimy and leafy. Hm. Wikipedia describes it as mucilaginous. Sure. That—and more! Because you should know this: purslane is a superfood. One day, everyone’s going to be eating it for its insane concentrations of Omega 3, vitamins, and minerals—and you’re going to say you knew it when. 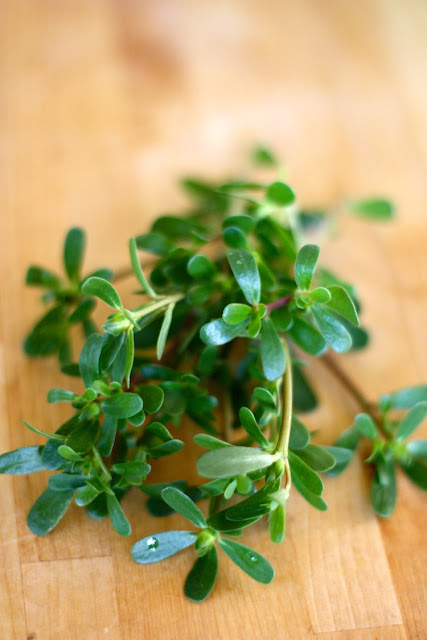 There might be a moment when you notice that your quesadilla is covered in little black specks, and you'll think Fuck, it's caterpillar shit. But it's not. It's purslane seeds, and they're really good for you.This quesadilla is my very favorite way to eat it, although I would like to try putting purslane in potato salad, which I think would be fantastic, and cooking it with pintos, which I’ve heard is good. I have tried pickling it, which was oddly disappointing, and when it’s very large and the stems get thick, I stir-fry it, which is good. It is surprisingly bad in smoothies. A friend in California once made me a fattoush salad of purslane, torn pita bread, and tomatoes, and it was once of the best things I ever tasted. Birdy eats lots of it plain, while she stands contemplatively by the back steps. And we just ordered a lovely salad from the Sunbird fish taco truck in Wellfleet, and I got a high-five for identifying the purslane leaves. Rock on, wild things. 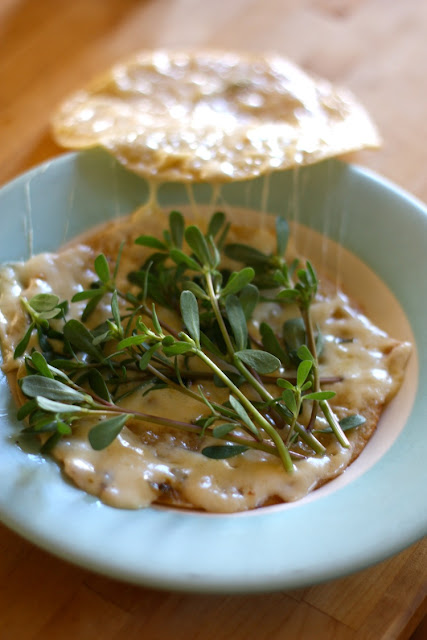 Purslane QuesadillaMakes 1
I know you don’t need me to tell you how to make a quesadilla. And yet it’s funny that I never have, given that we eat them morning, noon, and night. When purslane is not in season, I use kale, spinach, dandelion greens, or slivered cabbage.
Butter2 corn tortillasSliced or grated cheese (Monterey Jack, pepper Jack, or cheddar)1 handful purslane stems and leaves, rinsed if necessaryHot sauce, etc. for topping
Heat a little butter in a small pan over medium heat. When it is hot, lay a tortilla in a pan, then top it with cheese, then lay another tortilla over the top. Now watch. At a certain point, not only will the bottom tortilla be beautifully golden-brown, but you will see the whole little package steam and swell, which means that it will be crisp and puffy, rather than dry and leathery. Flip it and cook the bottom side until brown.
Remove the quesadilla to a plate, open it up to add the purslane and hot sauce, then sandwich it all back together and cut in quarters. Divine. 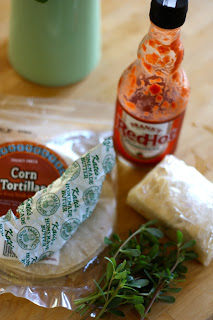 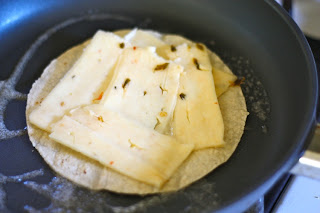 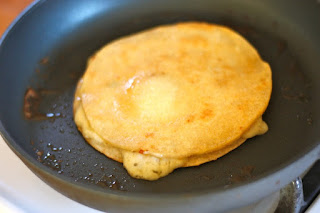 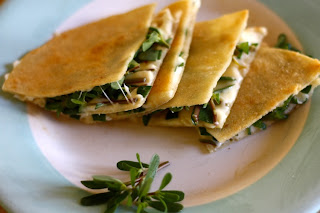 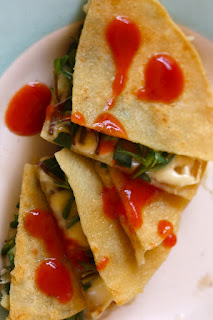