NBA 2K21 is almost upon us and, as usual, Visual Concepts has announced more details on NBA 2K21, including news about a demo and how the gameplay is changing on current-generation platforms. Here's a bunch more detail about NBA 2K21's new gameplay changes: 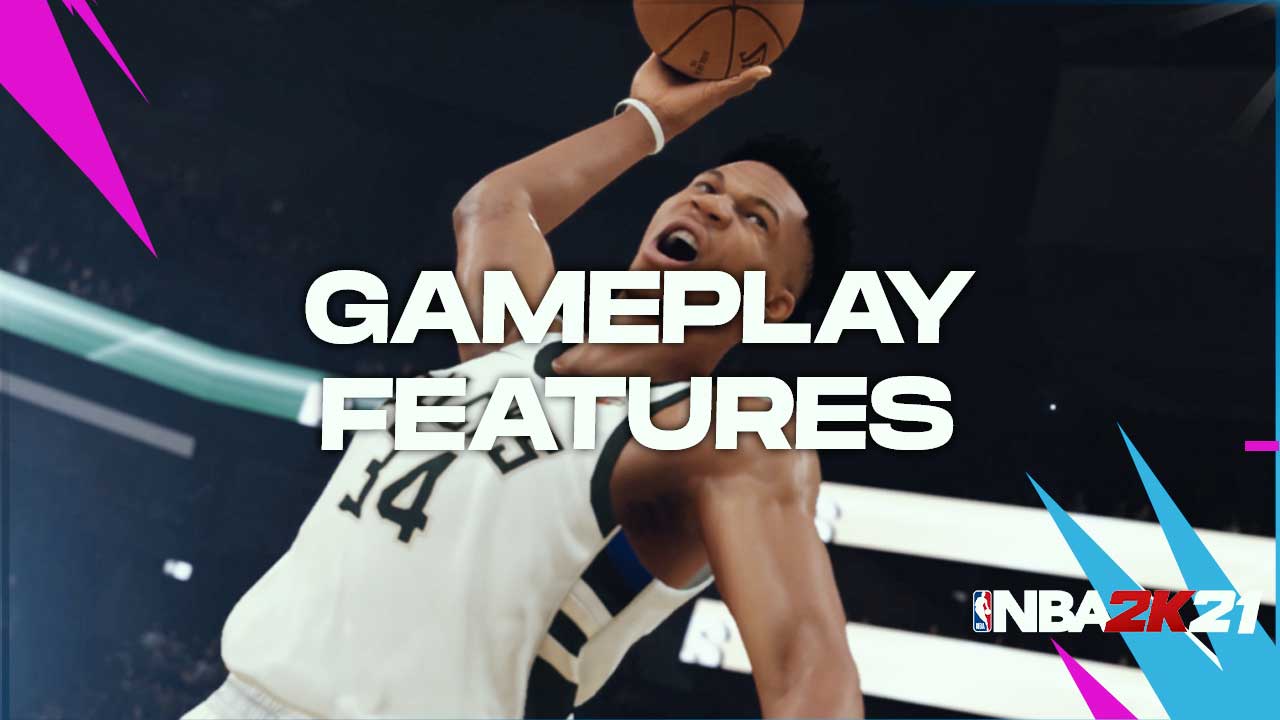 For NBA 2K21's MyCareer mode, the developers have increased the height limit for point guards to 6'8". The change came directly from a request by NBA 2K21's current-gen cover star, Damian Lillard, according to 2K.

This year, 2K making a pretty significant change to how the Pro Stick works. In a nutshell:

With this change, we've been able to greatly expand the dribble move arsenal and give you access to more moves in a more intuitive control scheme. After a game or two, it will feel second nature and will have you breaking ankles in no time!

Along with the remap, the moves themselves have been overhauled to be much more responsive and chain-able. Street moves have been moved to a tap of the left trigger as well, so you won't be firing them off by accident when you're breaking down defenders in the Park.

New animations have been added to NBA 2K21 as well, including James Harden's "around the leg dribble" and Kevin Durant's "hesi cross" move. Former player Nate Robinson is also in the game, and he performed new motion capture to bring some "unique moves" to NBA 2K21.

2K brainstormed and prototyped a number of various shooting mechanics for this year's game.

NBA 2K21's shooting mechanics are going back to an idea originally tested in NBA 2K17… Shot Stick Aiming. For NBA 2K21, when you shoot with the Pro Stick, the shot meter changes from a timing bar to a targeting system. So instead of trying to stop the shot meter when you reach the perfect release window, you adjust the Pro Stick in real time to hit the ideal center aim point. The target window resizes dynamically based on player ability, shooting range, and how well the shot is contested and can also shift to the left or right based on the shot's degree of difficulty. If you miss the target too far to the left or right, your shot will miss in that direction.

NBA 2K21's new difficulty sliders will also apply to these new shooting mechanics, so players can fine-tune the experience to be as easy or challenging as they want.

The aiming concept also applies to finish layups, replicating the idea of having "good touch" around the rim.

On the shooting animation side, you can expect a plethora of new shot types, including Harden's unique 1-foot running fadeaway. And a quick note for all the Park players… we've added over 40 new Park Jump Shot Landings for you to show off with when you hit from outside.

On the defensive end, you can expect a much stronger presence from bigs in the paint. Block targeting has been improved so it will be easier to send weak shots back and we've loaded up more coverage for contact in the paint to slow down overpowered moves like last year's hop step layup.

NBA 2K21 also introduces improvements to the signature dribble styles that were added for offensive moves in NBA 2K20. For this year's game, signature moves for defense have been added, including those based on Russell Westbrook, Giannis Antetokounmpo, LeBron James, Kawhi Leonard, Pat Beverley, Andre Iguodala, and Draymond Green.

In addition to this, the movement has undergone several refinements, both with the ball and without, to provide a more consistent and responsive feel on the sticks.

The Badge system from NBA 2K20 is coming back for this year's game.  You'll find that more badges will have merit and fight for a spot in your badge loadout, giving you more effective tools to take over games in a more varied fashion.

Also, 2K removed Quick Draw and put release speed back into the Jump Shot Creator. So that's one thing you won't have to waste your precious badge points on.

What we do already know about the next-gen versions of NBA 2K21 is that they will offer drastically improved loading times and better graphics overall, but the full feature set for the new editions has not been confirmed as of yet.

Best of all, you'll have the opportunity to check out how the game plays for yourself when we release the NBA 2K21 demo on August 24 for PlayStation 4. Of course, to make you be the core player in NBA 2K21, you'd better equip yourself with NBA 2K21 MT. As a professional NBA 2K MT store, https://www.u4gm.com/nba-2k21-mt offers NBA 2k21 cheap mt for PS4, Xbox One, PC & Switch, 100% safe, our team will deliver 2K21 MT by Auction House fastly.