Memphis' liquor stores feature some of the best surviving specimens of a sign type that has, unfortunately, become something of a rarity. 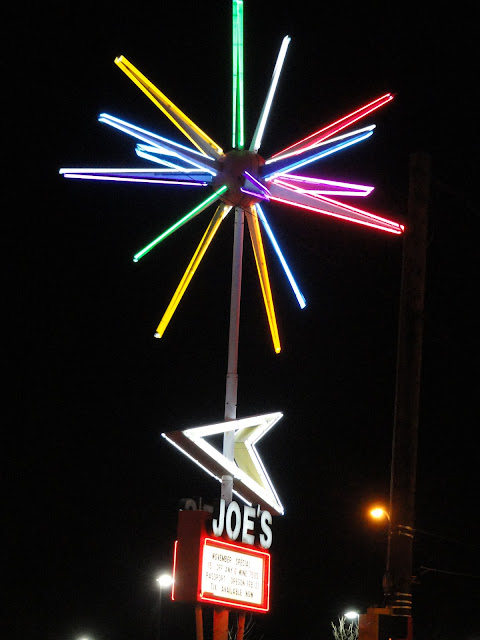 Undoubtedly the most famous neon in the city is the Joe's sputnik.  Having been out of commission for many years, the owners restored it do its original glory a few years ago.  There are three moving parts to the sign: the sputnik itself rotates and then each half of the ball at the center of the sputnik spins. 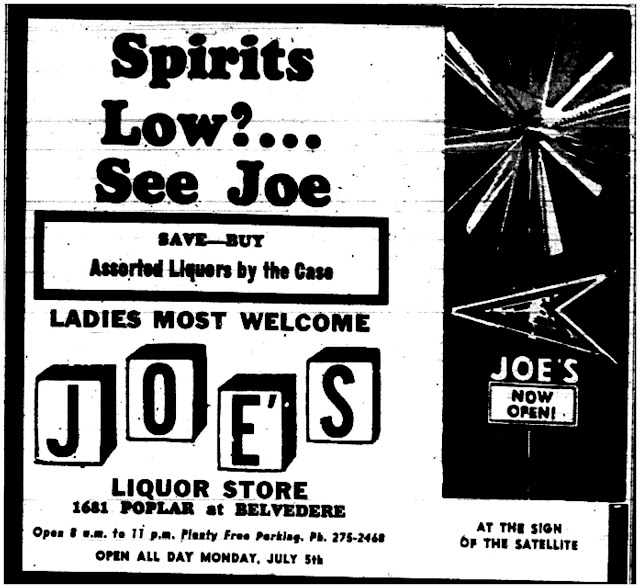 An ad for Joe's from the 1960s.  Although "sputnik" has become the most accepted term for this unique sign, for some time, the word "satellite" was preferred. 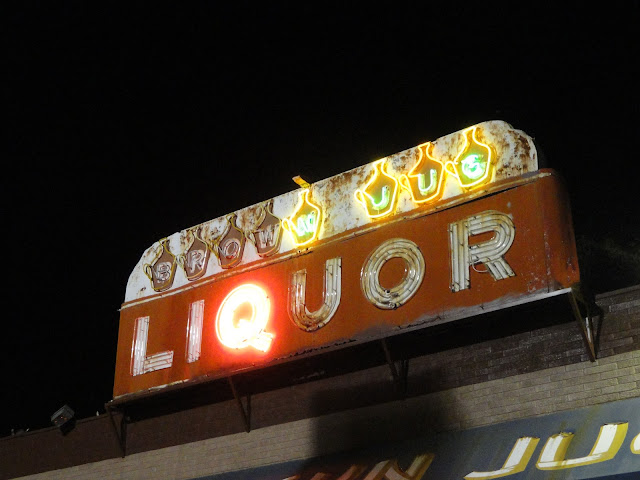 Brown Jug Liquor on Summer features this sign with three colors: "Brown Jug" is in green; each little jug is yellow and "Liquor" is in orange.  Unfortunately, this sign needs a little TLC. 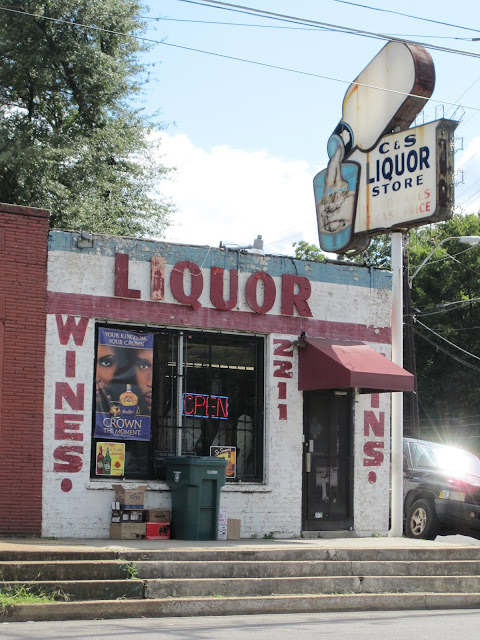 C&S Liquor on Chelsea is a common sight: a sign in which the neon has been completely removed. 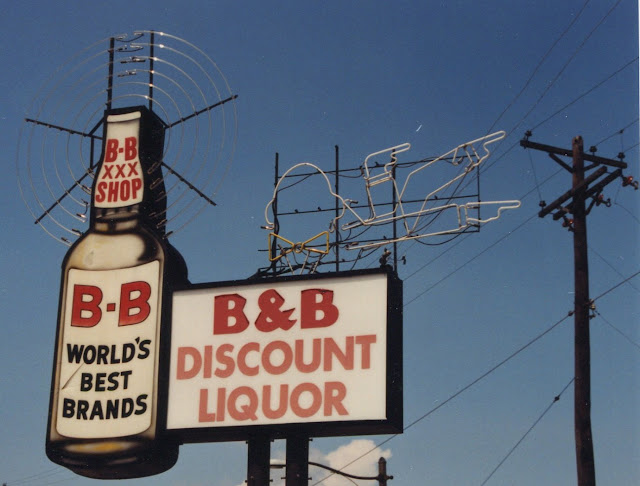 B&B Liquor on Crump features this greeter in a bow tie pointing you in the right direction.  Also note the radiating circles emanating from the bottle. 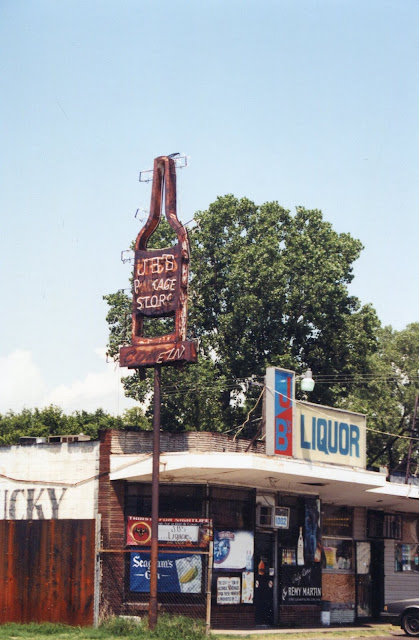 JB's Liquor on Firestone features a rather rusty neon sign that is, nevertheless, very welcoming. 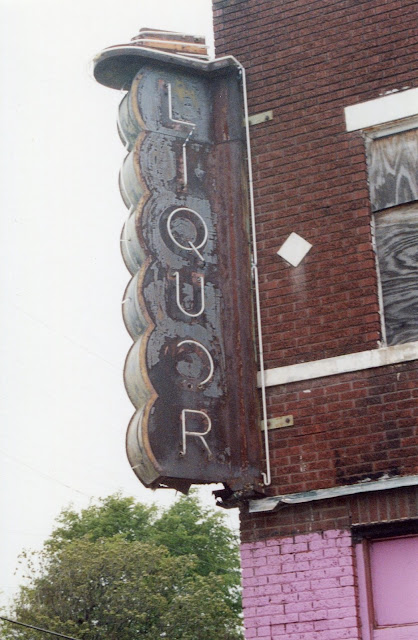 This sign at Mississippi and Kerr has outlasted its store. 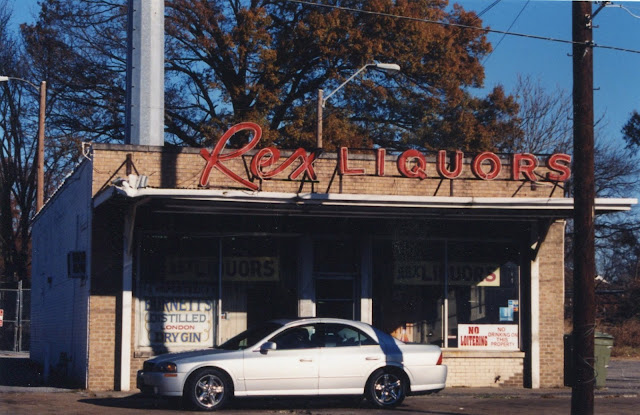 Rex Liquors on Jackson, where my uncle worked several years ago, has a fairly well maintained sign. 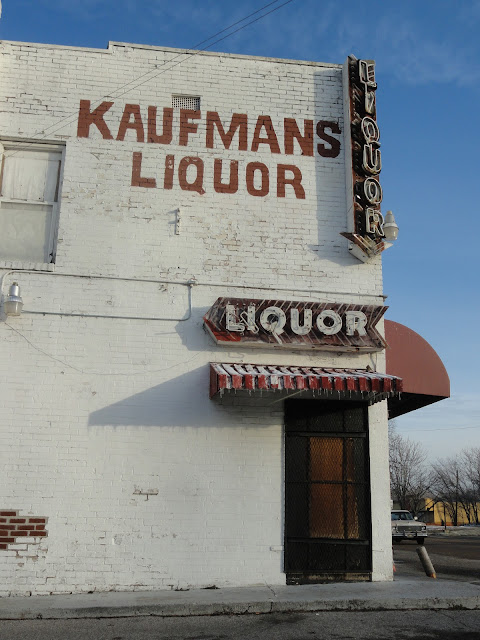